NATO's Dilemma: How Tough to Get With Russia

The NATO leaders’ summit taking place in Wales this week was always going to be a crucial opportunity for the alliance to redefine its role in a changing world. One year ago, it was expected to be dominated by soul-searching over its relevancy, with its troops finally gone from Afghanistan.

A lot changes in a year. Russia’s military incursions into Ukraine and forays across European borders once believed sacrosanct have inspired a new sense of purpose in the organization, which experienced its heyday in Cold War. Its diplomats are in their element, vowing protection for member nations and pledging support for Ukrainian sovereignty.

But beyond this largely rhetorical escalation, NATO’s leaders have a dilemma ahead of them this week: Do they respect the post–Cold War agreements which Moscow has apparently ignored, or forge a new combative path putting military resources right on Russia’s doorstep? And if it’s to be the latter, just how aggressive can they be?

One answer might be apparent in the creation of a rapid reaction force, announced Monday, ready to deploy within days should there be any military aggression against one of the 28 member nations. This military unit, numbering thousands of troops, will be on high alert at all times, with additional logistical support stations set up in Eastern European states.

“We cannot afford to be naive,” NATO Secretary General Anders Fogh Rasmussen told a presummit press conference in Brussels this week. “We are faced with the reality that Russia considers us an adversary and we will adapt to that situation.”

Analysts say it is the strongest show of force yet from the alliance in response to Russia’s resurgent military ambitions. “While they won’t be deploying outside NATO, what it does is send a message of confidence to NATO partners in Scandinavia, Poland and the Baltic states — the ones that are most worried by Russian aggression,” says Ian Keddie, an analyst with the military think tank IHS Jane’s.

But a day after Rasmussen outlined details of the rapid reaction force, Russia responded with a review of its own military doctrine. “The fact that the military infrastructure of NATO member states is getting closer to our borders, including via enlargement, will preserve its place as one of the external threats for the Russian Federation,” said Mikhail Popov, a Kremlin security adviser.

And so NATO now faces a delicate balancing act. While some nations on the front line demand the strongest possible reaction to Russia’s bellicosity, the alliance is erring toward a more measured middle ground — beefing up support for its allies but stopping short of any measures which could tip NATO into a dangerous standoff with Moscow.

The rapid reaction force may not go far enough for some. Poland has asked for 10,000 NATO troops to be stationed on its territory, but any new permanent bases could contravene the 1997 NATO Russia Founding Act, meant to reassure Russia about the post–Cold War borders. For dovish nations, including Germany, that would be a step too far.

Another sensitive issue is whether NATO invites new members to the alliance. While the Ukraine crisis began last year as a standoff between the European Union and Russia over which way the country would orientate itself, Russia’s real concern was that Ukraine’s political pact with the E.U. would be the first step to NATO membership.

Few issues antagonize Russia more. It was just months after NATO agreed in theory to eventual membership for Georgia and Ukraine that Russian tanks rolled over into Georgia in 2008.

The alliance has been more cautious since then, but Ukraine’s Prime Minister vowing to reopen their membership bid will force the issue into the debate once again, likely in vain. Georgia too will fail to get official approval of a Membership Action Plan in Wales. Instead, there will be a pledge for increased military co-operation and technical assistance.

That won’t end the calls for enlargement, though. Georgia’s ambassador to NATO, Levan Dolidze, tells TIME, “Georgia is ready to take the next step,” and says it is now up to NATO to lay out a timetable. At the same time, he urges the West to stand up to Moscow. “Stronger reactions are needed in general to oppose and to counter Russia’s aggression in the region,” he says.

One such reaction would be the provision of lethal or nonlethal military aid to the Ukrainians. U.S. politicians including Republican Senator John McCain and Democrat Senator Robert Menendez, chairman of the Senate Foreign Relations Committee, called this week for the U.S. to provide weapons to the Ukrainian military. That drastic option is unlikely to win the support across the array of political positions within NATO, however.

Ukraine is also not the only global crisis NATO will have to respond to: there is war and instability in Iraq, Syria and Libya, and reflection on a patchy campaign to bring peace to Afghanistan. Nations are expected to agree to increase defense budgets, but with so much on NATO’s plate, many countries may decide to forge their own policies outside the alliance, threatening a unified stance.

“If the summit turns out to be bland and useless,” says Andrew Wilson, from the London-based European Council on Foreign Relations, “then member states may take it upon themselves to do more.” 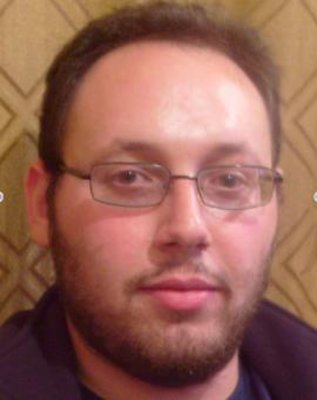 Read Steven Sotloff's Reporting for TIME
Next Up: Editor's Pick