Hooray for the Mundane! Ordinary Memories Are the Best

Never mind those dreamy recollections of your fab trip to Rome or that perfect night out last Valentine’s Day. Want a memory with some real sizzle? How about that time last week you went out for a tuna sandwich with the guy in the next cubicle? Or that trip to the supermarket on Sunday? Hot stuff, eh?

Actually, yes. Ordinary memories, it turns out, may be a lot less ordinary than they seem — or at least a lot more memorable — according to a nifty new study published in the journal Psychological Science. And that can have some positive implications for our state of mind.

It’s not entirely surprising that the experiences we often think should have the greatest impact on us sometimes don’t. For one thing, we tend to expect too much of them. The first time you stand in the Colosseum or stare up at the Eiffel Tower is a gobsmacker all right, but while those moments nicely enhance your life, they typically don’t change them. What’s more, in the weeks and years that follow, we tend to rerun the memory loop of the experience over and over and over again. Like a song you hear too much, it finally becomes too familiar. To test how much we underestimate — yet genuinely appreciate — the appeal of our more mundane experiences, a group of researchers at Harvard University’s school of business devised a multipart study.

In the first part, 106 undergraduate volunteers were asked to compile an online, nine-item time capsule that included such unremarkable items as an inside joke they share with somebody, a list of three songs they were currently listening to, a recent status update on Facebook, an excerpt from a final class paper and a few recollections of a recent social event. They sealed the virtual capsule at the beginning of summer and were asked to predict how interested they’d be, on a scale of 1 to 7, in rereading each item when they reopened it a few months later, and how surprised they thought they’d be by the details of the contents.

After the students did get that opportunity at the beginning of the fall semester, they used the same 1-to-7 scale to rate how meaningful and interesting they found the items. On item after item, the interest, curiosity and surprise they felt was significantly higher than what they had anticipated three months earlier.

In the second part of the study, a different pool of participants did something similar, but this time wrote about a recent conversation they had, rated it on whether it was an ordinary or extraordinary one (what they had for dinner the night before, say, compared with the news of a new romantic interest), and predicted again how interested they thought they’d be about reading the description a few months down the line. Here too they wound up lowballing those predictions — finding themselves much more interested than they predicted they’d be. And significantly, the more mundane the conversation they described was, the wider the gap between their anticipated interest in it and their actual interest when they reread the description.

The third part of the study replicated the second, but this time used only volunteers who did have a romantic partner, and asked them to describe and anticipate their later interest in an ordinary evening the two of them had spent on or before Feb. 8, 2013, and the one they’d spent one week later, on Feb. 14. Here too the Valentine date did less well than the subjects expected compared with the surprise and pleasure they felt in reading about the routine date.

“What is ordinary now becomes more extraordinary in the future,” said lead researcher Ting Zhang, in a statement that accompanied the study’s release. “People find a lot of joy in rediscovering a music playlist from three months ago or an old joke with a neighbor, even if those things did not seem particularly meaningful in the moment.”

One way to correct this imbalance — to take more pleasure in the day-to-day, nothing-special business of living — is merely to try to be more cognizant of those moments as they go by. Another, say Zhang and her colleagues, is to document them more, either by writing them down or, in the social-media era, by sharing them. But there are limits.

“[T]he 5,000 pictures from one’s ‘extraordinary’ wedding may be excessive,” the researchers write. The same is true, they warn, about photo-documenting every plate of food that’s set in front of you rather than just getting down to the pleasurable business of eating it — a practice that they say is leading to “an unhealthy narcissism” growing society-wide. Recording our lives for the biopics that are constantly playing out in our heads is fine, but sometimes that has to give way simply to living those lives. 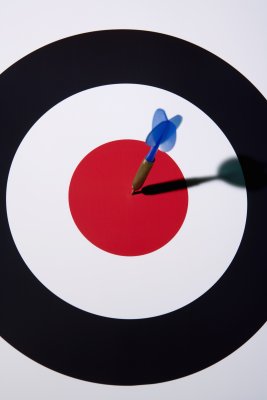 The Last Thing You’ll Ever Need to Read About Setting and Achieving Goals
Next Up: Editor's Pick