In 2013, actress Angelina Jolie announced that she had undergone a preventive double mastectomy because she was a BRCA1 gene mutation carrier, which puts her at very high risk for breast and ovarian cancer. Jolie also had a family history of these cancers.

Soon after, TIME wrote a cover story–“The Angelina Effect“–looking at what impact her decision could have on women who carry the dangerous BRCA1 and BRCA2 genes and therefore may be at risk for breast and ovarian cancers. Now, a new study being presented at the 2014 Breast Cancer Symposium shows that the Angelina effect is indeed real.

The study authors did a retrospective review of records from a cancer center in Canada and discovered that in the six months following Jolie’s highly publicized surgeries, testing and counseling around genetic testing nearly doubled. The researchers compared the number of counseling sessions and testings in the six months before and after the announcement and found that the number of women referred to genetic counselors by physicians increased 90%, and the number of women who qualified for genetic testing increased 105%. The researchers say this led to a two-fold increase in identified BRCA1 and BRCA2 mutation carriers.

Estimates vary, but BRCA1 and BRCA2 gene mutations are said to increase a woman’s risk for breast cancer by well over 50%. Only about two to four of every 1,000 women carry the gene mutation (men can have it too) and it is more common among women with histories of ovarian and breast cancer in their families, as well as people of Ashkenazi Jewish descent.

Jolie isn’t the only celebrity with a known health “effect.” In 2000, TV personality Katie Couric underwent a colonoscopy on live television, which prompted a surge of 20% more colonoscopies across the U.S. (dubbed “The Katie Couric Effect.”) This recent study, although small, suggests that Jolie’s announcement and the resulting media coverage encouraged more women to opt into genetic testing–and that prominent figures like Jolie can impact how women approach their health in real, measurable ways. 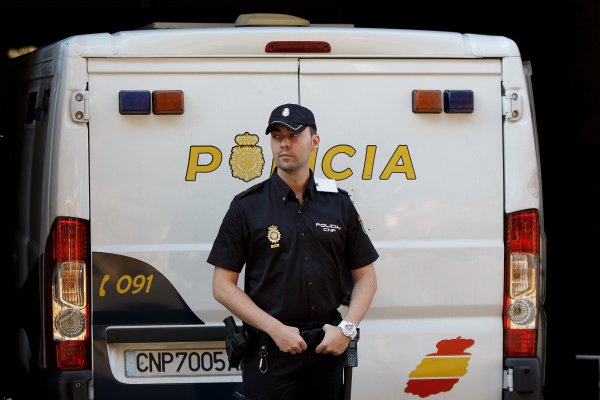 British Parents Who Pulled Son from Cancer Ward Won't Be Charged
Next Up: Editor's Pick