Demonstrators gather outside the Russian Embassy in Vilnius, Lithuania, to protest against Russian intervention in Ukraine, in March 2014.
Mindaugas Kulbis—AP
By NBC News

In the latest chapter of the West’s confrontation with Russia, President Barack Obama will travel to Estonia on Wednesday to stress U.S. solidarity with the Baltic states, the former Soviet republics rattled by Russian President Vladimir Putin’s intervention in nearby Ukraine.

Estonia, Latvia and Lithuania — the trio of tiny nations nestled against the western flank of the Russian Federation — only regained their independence from Moscow in 1991 amid the collapse of the USSR. But as Putin appears to tighten his grip on swaths of Ukraine and the Crimean peninsula, the Baltics fear they may be prey for their former ruler, experts say… 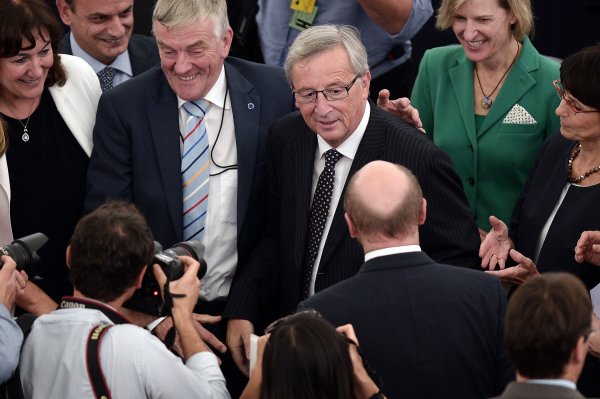 Only Gender Quotas Can Stop the E.U. from Being a Boys Club
Next Up: Editor's Pick