Don't Shed a Tear for the Demise of Dual-OS Devices

The idea of running Android and Windows together on the same device appears to be dead, even before it had a chance to live.

Huawei says it’s no longer planning to cram Android and Windows Phone onto a single handset, backtracking on earlier statements by a company executive. And earlier this month, Asus reportedly scuttled plans for an Android-Windows hybrid PC — shown off at the CES trade show in January — under pressure from Microsoft and Google.

Speculate all you want about who’s responsible, but neither idea had much appeal to begin with, outside of maybe a few niche users. Besides, no device maker has managed to combine the two operating systems in way that actually works well.

Asus’ Transformer Book Duet had some big drawbacks when I tried it as CES. You had to boot into Windows first, as there was no way to boot directly into Android. And while Windows took about 13 seconds to get up and running, you had to wait roughly twice as long before you could finally start the Android boot process. Android then took another 18 seconds or so to start up, and only then could you easily switch back and forth — a process that took about four seconds each time.

Even if you were willing to go through the trouble, the two operating systems wouldn’t play nicely together. Windows storage was completely walled off from Android storage, aside from a meager 4 GB “shared” partition. And of course, a completely different set of apps and services ran on each operating system.

Meanwhile, the hardware presented its own compromises. Asus went with an Intel Core processor, which makes sense for Windows, but is overpowered for Android. The tablet portion of the Transformer Duet was thick and heavy — not ideal for casual use. Compared to just switching between two different devices — one being a lighter, cheaper Android tablet that could wake from standby in an instant — the Duet made too many trade-offs and didn’t offer enough benefits in return.

Other approaches haven’t worked much better. For years, a company called Bluestacks has offered an Android emulator for Windows, theoretically allowing you to run Android apps without booting a separate OS. But I’ve never seen Bluestacks work well in the past. Even now, on my reasonably-powerful Surface Pro 2, Bluestacks is laggy and buggy. It’s not as if there’s a great solution out there that’s being unfairly surpressed by Google and Microsoft.

As for smartphones, there’s not enough evidence to go on. Companies that have talked about doing a dual-boot Windows Phone and Android handset, such as Huawei and India-based Karbonn, haven’t actually shown off any hardware. I’d be worried about storage, with double the overhead on a phone’s already-small flash drive, potentially dealing with separate camera rolls for each operating system.

Besides, on smartphones, the need for two operating systems is even less pronounced than on a tablet or laptop. If you’re using Android, there are no killer apps on Windows Phone that would justify booting it up. It’s not the same as Windows proper, where full-blown Microsoft Office or other desktop programs might be a necessity. Dual-booting would be a novelty at best and a headache at worst.

Rumor has it that software patents played a roll in killing dual-OS devices. Usually, my feeling is that the endless war over these patents does more harm than good to consumers. But this may be one case where the opposite is true. 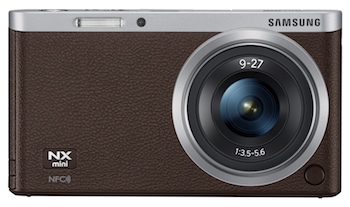 Samsung NX Mini Camera: Pocketable, but with Interchangeable Lenses
Next Up: Editor's Pick