The Atlantic offshore territory has been off limits to U.S. oil drilling, but that could change
Brasil2 via Getty Images
By Elizabeth Kuhr

With the United States is currently producing record amounts of oil and natural gas, thanks to fracking and other new technologies, the government is eyeing the possibility of conducting offshore seismic testing of the ocean floor off the Atlantic Seaboard for future oil drilling. A primer:

The Atlantic Ocean’s floor has remained off-limits to oil drilling since 1982, due to congressional and presidential orders. In 2011, the Bureau of Ocean Energy Management (BOEM), an agency within the US Department of the Interior, estimated a mean of 3.30 billion barrels of oil—approximately half of what the US consumes each year—sit under the ocean’s floor.

Where exactly is that oil?

The BOEM’s estimate applies to the entirety of America’s eastern seabed, usually called the ocean’s Outer Continental Shelf (OCS). As of now, BOEM marked the area between Delaware and central Florida, along a line about 200 nautical miles from shore, for seismic testing. That is, if the government lifts the testing ban.

Why does testing precede drilling?

Gaining permission and preparing for oceanic drilling can take years. That process begins with seismic testing, a necessary precursor to actually drilling for crude oil or gas.

Seismic testing confirms if natural resources do indeed reside under the Earth’s surface. In the test, geophysicists send energy waves into the ground, and record the time reflections take to return.

For aquatic seismic testing, boat-towed air guns shoot blasts of compressed air every ten seconds through the water and several miles into the ocean, according to ocean conservation organization Oceana. Audio receptors floating on the water’s surface wait for energy reflections, and record the data.

Do we need that untouched oil?

Proponents see the Atlantic’s crude oil as a buried treasure of hydrocarbons. They advocate for offshore drilling in the ocean to enhance America’s energy security and boost job creation. “Development of the Atlantic OCS could have the potential to generate up to 280,000 jobs and add $195 billion in private investment,” said Doug Lamborn (R-Co.), the Energy and Mineral Resources Subcommittee chairman who ran a Congressional hearing in favor of seismic testing.

Opponents say recent booms in hydraulic fracturing, known as fracking, and other extraction technologies on land, in states like North Dakota and Texas, have made drilling in the Atlantic unnecessary.

What are the downsides to testing and drilling?

There are a multitude of potential environmental hazards. BOEM lists factors such as noise, drilling debris, sea bottom disturbance, air emissions, explosives and oil spills caused by oceanic testing and drilling, all of which can impact the planet’s environment, aquatic life and people living near the coast.

Even seismic testing without drilling has its negatives. Testing poses a threat to the hearing, and therefore survival, of 361 endangered right whales still living in the Atlantic, according to Glen Besea, director of Virginia Chapter of the Sierra Club.

Besea also worries that drilling for more oil will only increase the American appetite for fuels, leading to more carbon emissions and more global warming.

“At a time when we’re facing sea level rise and severe storms such as Hurricane Sandy, why would we be looking to expand our carbon pollution emission by drilling for gas?” asked Besea, noting that some companies have ceased inland drilling because of oil’s unprofitable excess in the national market.

When will a decision on testing be made?

Although the Obama Administration, which has the final say, is expected to release its position on Atlantic Ocean seismic testing in upcoming months, the timeline remains murky. The US Interior Department showed support in March 2010, that doesn’t mean that President Barack Obama—already under fire by greens over the controversial Keystone XL oil sands pipeline—would support offshore drilling in the Atlantic. 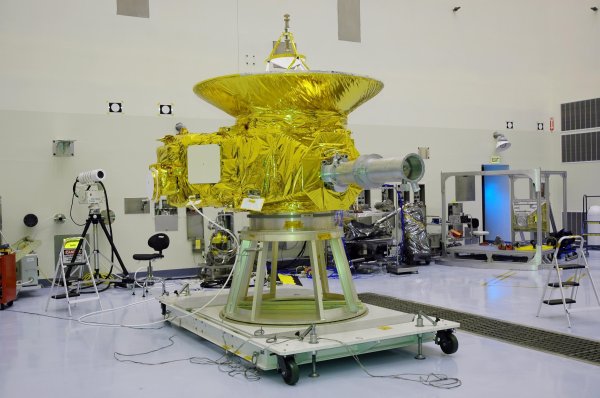