A woman and children react in a military helicopter after being evacuated by Iraqi forces from Amerli, north of Baghdad, Aug. 29, 2014.
Reuters
By Zeke J Miller

The Iraqi military announced Sunday it had broken a siege of the town of Amerli by forces of the Islamic State of Iraq and Syria, hours after the United States launched an air campaign to assist Iraqi civilians there.

U.S. and allied aircraft conducted humanitarian airdrops to assist thousands of Shiite Turkmen who had been surrounded by ISIS militants for weeks and had been running low on food, water, and medical supplies, Pentagon Press Secretary Rear Admiral John Kirby said in a statement. American aircraft also launched three airstrikes against ISIS positions near the city.

“At the request of the Government of Iraq, the United States military today airdropped humanitarian aid to the town of Amerli, home to thousands of Shia Turkmen who have been cut off from receiving food, water, and medical supplies for two months by [ISIS],” Kirby said. ‘The United States Air Force delivered this aid alongside aircraft from Australia, France and the United Kingdom who also dropped much needed supplies.”

The U.S. airstrikes, though limited, had been a decisive factor in the breaking of the siege, The Washington Post reported, allowing Iraqi forces and militia to stage a coordinated assault on ISIS-held towns in the area. About 15,000 Shiite Turkmen residents of the town of Amerli had entrenched themselves to resist the march of ISIS forces across northern Iraq.

Saturday’s airdrops were the second U.S. humanitarian effort in Iraq, following deliveries of aid to ethnic Yazidis trapped near Mount Sinjar in northern Iraq in early August. That mission ended after a week of nightly drops and strikes allowed most of the trapped Iraqi refugees to escape to safety. President Barack Obama specifically authorized the effort to assist the people of Amirli, a White House official said Saturday.

Separately, American forces carried out five airstrikes Saturday near the Mosul Dam, a critical piece of infrastructure recaptured from ISIS hands by Iraqi forces earlier this month, CENTCOM announced, bringing the total number of American strikes in Iraq to 118 since Aug. 8.

Obama is weighing expanding the American campaign against ISIS in Iraq and extending it into Syria following the killing of American journalist James Foley, but the president indicated Thursday a decision was not imminent. Secretary of State John Kerry is traveling to the region this week to build an international coalition to take on extremist group. 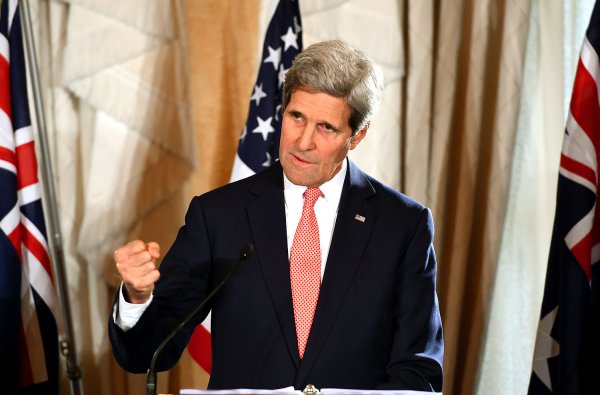