Watch a 3,500-Pound Spaceship Burn Up in the Atmosphere

When the Cygnus supply ship arrived at the International Space Station in July with cargo that included food, science equipment and mini-satellites, the astronauts aboard knew it would be making a dramatic exit.

Cygnus was released on August 15 from the ISS carrying more than 3,000 pounds of garbage, and was catapulted through the atmosphere with the plan of having it burn its way into oblivion.

And burn its way into oblivion it did. The commercial cargo ship separated from the ISS and dropped into the atmosphere over the Pacific Ocean two days later. A Vine posted Friday by one of the ISS’s current six astronauts, Reid Wiseman, shows Cygnus reentering the atmosphere and flaring up into a crisp. 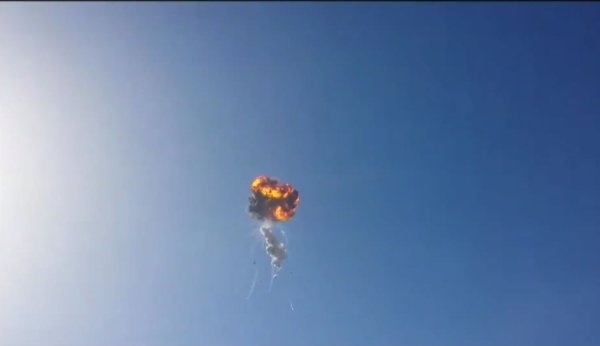 SpaceX Rocket Self-Detonates Mid-Flight During Test
Next Up: Editor's Pick