If you thought the coolest application of a 3-D printer was creating a miniature model of yourself to show to your friends, then NASA has just proven you wrong.

Two 3-D printed rocket injectors were recently successfully tested by NASA at the Marshall Space Flight Center in Huntsville, Alabama. These powerful injectors mix liquid nitrogen and hydrogen to produce a combustion that can reach temperatures over 6,000 degrees Fahrenheit and generate over 20,000 pounds of thrust.

It sounds simple enough — the injectors’ design was entered into a 3-D printer’s computer, and the printer then built each part through a process known as selective laser melting.

“We wanted to go a step beyond just testing an injector and demonstrate how 3-D printing could revolutionize rocket designs,” said Chris Singer, director of Marshall’s Engineering Directorate.

With conventional manufacturing methods, the rocket injectors would require the creation and assembly of 163 individual pieces; with the 3-D printer, only 2 pieces were necessary. This unique method not only saved scientists and engineers time and money, it is also less likely to fail than the traditionally-built piece. 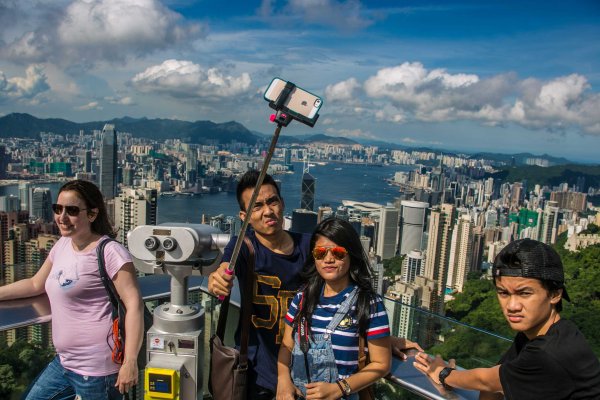 How the Selfie Stick Is Killing the Selfie
Next Up: Editor's Pick