Female politicians have been criticized for what they wear since they first began running for office. Hair too long, skirt too short, too much or too little makeup: any and all of it can derail an interview and focus attention on style over substance. It almost doesn’t matter what you say if you don’t look good doing it, the television adage goes.

Welcome to the women’s world, President Obama. Isn’t it fun? The tempest over the President wearing a tan summer suit on Thursday has virtually overshadowed the important messages he delivered on hostilities in Ukraine and Iraq. As a woman, I’m kind of glad to see a man held to the same crazy standards that we are. But that doesn’t make the standards any less ridiculous, male or female.

This President seems particularly prone to sartorial bullying. Obama has been criticized far more than other recent Presidents; I had to really think hard for similar sturm und drang for George Bushes 1 & 2 or Bill Clinton and came up with virtually nothing (unless you count Clinton making the G7 leaders get dressed up as cowboys, but that seemed more like him having some fun at their expense than an actual fashion misstep). But Obama has drawn ire for his lack of an American flag pin during the primaries that fed conspiracy theories that he wasn’t really American; his mom jeans; and just last week, his lack of tie while addressing the crisis in Iraq from Martha’s Vineyard, where he was vacationing.

What we wear has no impact on what we’re saying, so why does it matter so much? Hillary Clinton has been drawing scrutiny and headlines since velvet headband in her her 60 Minutes interview with Bill in 1992. Sarah Palin got savaged for her big hair, heavy makeup and “porn-star looks.” Condoleeza Rice was accused of going too sexy when she wore black leather knee high boots as Secretary of State. Just last year, the New York Times marked the historic number of women in the 113th Congress by doing a fashion profile of their purses. And these are the things we remember: their hair, their pedicures, their heads photoshopped onto a woman in a bikini, not so much their policies or platforms. Because style is always easier to digest than substance.

Up until recently, men seemed relatively immune to this kind of fluffy criticism. Granted, male politicians rarely venture beyond dull grey suits. Obama once told Vanity Fair in 2012 that he only wore grey and blue suits. But when they do break this unspoken rule, as Obama did on Thursday, do they deserve the kind of evisceration that he got? “The Audacity of Taupe,” tweeted Jared Keller, a programming director at startup MicNews. “Yes we tan!” read another headline. Wall Street Journal economic-policy reporter Damian Paletta tweeted, “I’m sorry but you can’t declare war in a suit like that.” Never mind that the President just announced he had no strategy for the conflict in Iraq and Syria.

Sometimes a boring uniform can be helpful: It creates unanimity and a reassuring predictability. It’s why the military has uniforms. But America isn’t a militarized state. And verging outside the norm shouldn’t detract from important work. Women have learned this the hard way: conform or die, politically. And even a pro like Clinton can still draw criticism after 30 years in the public spotlight when, in the midst of international crises, she didn’t wear makeup or have time to cut her hair. It’s dispiriting to see the same level of scrutiny now being applied to men. I wish the great equalizer would be to leave all comments about appearances off the table.

Jay Newton-Small is TIME’s congressional correspondent and she’s working on a book about women in politics. 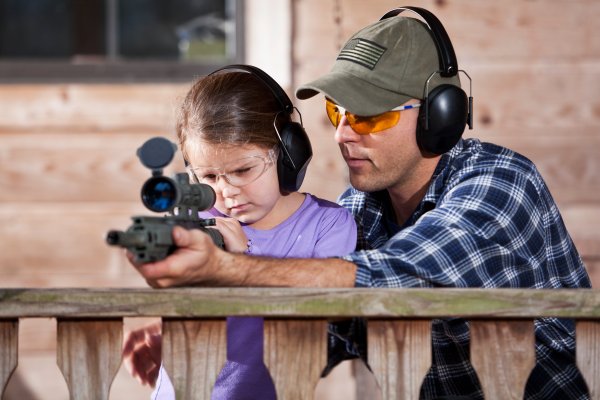 Letting Kids Shoot Guns Is Good for Them
Next Up: Editor's Pick