Robert Wideman, a maintenance mechanic at McDonalds Corp., shines the shoes of a Ronald McDonald statue outside of a restaurant while protesting with fast-food workers and supporters organized by the Service Employees International Union (SEIU) in Los Angeles, California, U.S., on Thursday, Aug. 29, 2013.
Bloomberg—Bloomberg via Getty Images
By Arun Ivatury

A little less than two years ago, a group of courageous New York fast food workers went on strike, outlandishly insisting on a $15-an-hour wage and launching an unlikely David-versus-Goliath battle to raise pay for tens of millions of Americans in dead-end jobs.

On Tuesday, word leaked that the mayor of Los Angeles will soon propose raising the city’s minimum wage to more than $13 in the next three years – an increase that would lift pay for hundreds of thousands of struggling Angelenos.

The plan neither meets the now iconic $15 demand of low-wage workers everywhere (though with cost-of-living adjustments built in, it would get there by 2023), nor guarantees the right of workers to freely form a union – a critical step in solidifying wage increases and improving other working conditions.

But pointing out these shortcomings only highlights just how far the nation has come. For who, on that cold November day two years ago, could have envisioned that a proposal to raise the minimum wage in America’s second largest city to more than $13, a nearly 50% increase over three years, would not only be taken seriously but would strike some as being too modest?

Who could have envisioned that under pressure from their left, moderate New York governor Andrew Cuomo would endorse a minimum wage of more than $13 for the nation’s largest city (New York), and Chicago’s dyed-in-the-wool pragmatist mayor Rahm Emanuel would throw his weight behind a $13 wage floor in the nation’s third largest city?

Who could have imagined that in 2014, business leaders in Seattle would actively support and help enact an unprecedented $15 minimum wage law, only to be one-upped by the San Francisco business community, which has agreed to let one of the country’s most liberal electorates vote on an even faster increase to $15 this November?

Who could have foreseen techs and janitors at Baltimore’s Johns Hopkins and teachers’ aides and cafeteria workers at schools in Los Angeles successfully bargaining contracts guaranteeing $15 an hour, or businesses like Michigan’s Moo Cluck Moo deciding to raise employees’ pay to $15 just on principle?

By themselves, any of these victories – along with the passage of more modest but still significant wage increases in cities like San Diego, Berkeley, Santa Fe and Washington and in states including Maryland, Michigan, Minnesota, Hawaii, Vermont, Connecticut and Massachusetts – could be dismissed as an aberration. Together, they represent the start of an inexorable march toward a new social compact, one in which America’s workers are no longer cast aside as dispensable factors of production whose output is to be maximized at the lowest possible cost.

Looking ahead, we can ask: Which state will be the first to set a $15 minimum wage? Which big fast-food company will be the first to guarantee a minimum hourly wage that is double the industry standard? When can we expect to see a living wage become a core labor standard guaranteed to all workers across the country?

For four decades, wages have flat-lined, even as worker productivity has continued to grow. Low-wage jobs now form the core of America’s economy, comprising seven of the ten occupations with the largest projected growth over the next decade. Now middle and working class people in this country are rightfully insisting on a larger share of the nation’s prosperity.

In years past, right-wing politicians and their corporate backers may have been able to subdue this agitation with references to “job creators” and patronizing warnings against “hurting those you want to help.” But Americans – low-wage workers, middle class families and even many business owners – have had enough.

A powerful movement is afoot to create a decent life and a truly sustainable economy for us all. Giants beware.

Arun Ivatury is a campaign strategist with the National Employment Law Project. 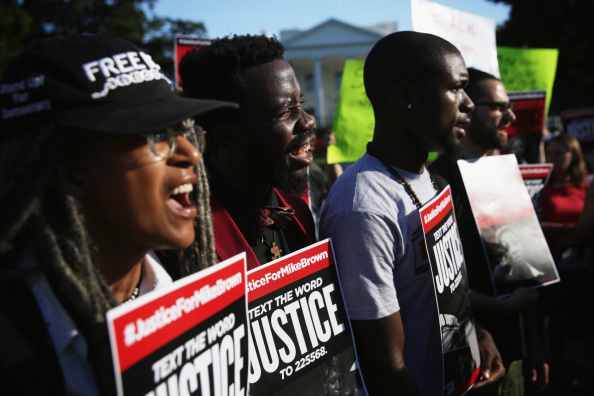 Five Best Ideas of the Day: August 29
Next Up: Editor's Pick