How Shelly Sterling Got Steve Ballmer to Overpay for the Clippers

Shelly Sterling lived in her estranged husband and real estate mogul Donald’s shadow for decades. But shortly before her 80th birthday, Shelly proved to the world that she, too, has a strong business acumen, by getting former Microsoft CEO Steve Ballmer to overpay for the Clippers, she said in a Thursday interview.

Sterling might have had no idea who Ballmer was when he approached her to buy the basketball team, but she told the Associated Press that she knew she had an eager customer.

Although Sterling said that they “sort of connected” and she “felt he would be good for the team,” that also didn’t stop her from getting what the AP declared an “unprecedented” offer for the team.

Sterling had first received an offer of $1.65 billion for the team from potential buyer David Geffen, but after talking to Ballmer, he offered her $1.9 billion. But Sterling wasn’t done: After Ballmer had tried to move the Sacramento Kings to Seattle, she made him promise he would keep the Clippers in Los Angeles.

“I told him, ‘you won’t have to build an arena or a practice field.’ So he was getting a bargain,” Sterling told the AP. “And I told him, ‘We have great players, a great coach and you’ll never have the chance to buy a team in Los Angeles again.'” An inspired Ballmer upped the offer to $2 billion and offered Sterling floor seats to every game as owner emeritus. “He really really wanted the team,” Sterling said.

According to leaked court documents that ESPN got its hands on, $2 billion was more than the Clippers’ actual worth.

While money might have been a non-issue for the tech mogul and he would have paid the figure regardless, Sterling deserves serious credit for closing a huge deal — particularly after rising above her disgraced husband’s racist antics that cost him the team. 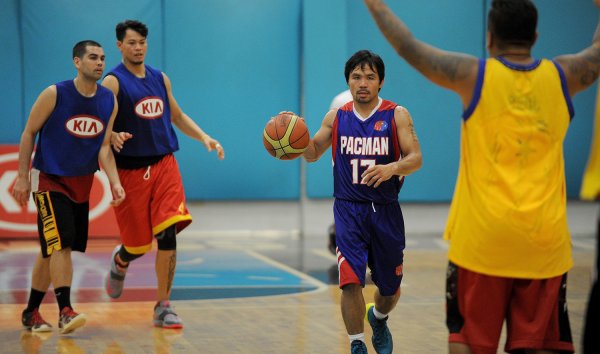 Manny Pacquiao Got Drafted by Basketball Team He Coaches
Next Up: Editor's Pick