Demonstrators protest sexual assault on college campuses at the #YesAllWomen rally in solidarity with those affected by violence in Seattle on May 30, 2014.
Alex Garland—Demotix/Corbis
By Eliza Gray

The California Senate passed a first-in-the-nation bill Thursday to define what amounts to consensual sexual activity in colleges in the state, a milestone at a time when colleges across the country are under close scrutiny for how they handle campus sexual assault.

The bill will head next to Gov. Jerry Brown’s desk. If enacted, it would make colleges adopt a student conduct policy requiring “affirmative, conscious, and voluntary agreement to engage in sexual activity,” as a condition for state funding. The bill defines consent to sex as the presence of a “yes” rather than the absence of a “no,” a cultural shift that victim’s groups have long advocated. In practice, colleges would be required to use the bill’s definition when they teach students about sexual assault during orientations, and when investigating claims of sexual assault. It would apply any public or private colleges that receive state financial aid funding.

California’s bill comes after more than a year of pressure from the federal government, Congress, and student activists for higher education institutions to do more to prevent the widespread sexual assault occurring on the nation’s campuses. Colleges and universities have been changing their policies for months in response to federal pressure. And after recent changes in the Violence Against Women Act that require colleges to explicitly report their prevention efforts, many colleges will be unveiling new policies and programs this fall where they never existed before.

The so-called “affirmative consent” standard that California’s legislature has introduced in the latest bill is not a new concept. Similar affirmative consent policies already exist at some 800 post-secondary institutions across the country, including the 10 campuses that make up the University of California system. Educators from the University of California collaborated on the bill with its author, State Sen. Kevin de Leon, a Democrat, and the system’s president, Janet Napolitano, has endorsed it. This would be the first time that a state has tried to put such a policy, usually confined to student conduct handbooks, into law.

There is some disagreement in higher education about whether the affirmative consent standard is the best practice. Though many colleges have adopted it, Harvard recently rewrote its sexual assault policy without adopting an affirmative consent standard, to the dismay of women’s advocates. Harvard’s Title IX Officer, Mia Karvonides, said the school rejected such a policy because there is no “standard definition of affirmative consent,” according to the student newspaper The Crimson. Critics of affirmative consent policies often point to an unrealistic set of standards set in 1991 by Antioch University in Ohio, which required verbal consent (excluding “moans”) for “each new level” of sexual activity—a standard that doesn’t reflect the real interactions between human beings during sex.

The California bill stops short of Antioch’s standard.The bill’s language clarifies the definition of consent by stating what it is not. “Lack of protest or resistance does not mean consent, nor does silence mean consent,” it reads. “Affirmative consent must be ongoing throughout a sexual activity and can be revoked at any time. The existence of a dating relationship between the persons involved, or the fact of past sexual relations between them, should never by itself be assumed to be an indicator of consent.”

The bill’s language does not require verbal consent, said Claire Conlon, a spokeswoman for de Leon, adding that it would allow for “verbal and non-verbal” consent. Conlon said the intent of the bill was to change the way school administrators approach their definition of sexual assault. Instead of asking: “Did she say no?” We are having them ask, did she consent?,” Conlon said. The bill does not require specific punishments for students found in violation of the policy.

Brett Sokolow, a higher education risk management consultant who supports affirmative consent policies and the bill in California, uses a traffic metaphor to describe the kind of behavior these policies are designed to prevent. “You go forward on a green light. You stop on a red light. But most people tend to run the yellows. They tend to increase their speed rather than slowing down to look both ways. Affirmative consent is telling you to slow down at the yellow light. You’ve been able to fondle, pet, kiss, if you assume those lead you to the next behavior without permission, then you are running a yellow light. You are putting your needs to get through the intersection above the needs for others’ safety.” Sokolow said the affirmative consent policy is preventative—it won’t stop predators, but it will coax some male students towards a healthier norm.

Those who oppose the bill are concerned that such a policy, combined with unavoidably murky sexual encounters, will deny college men due process and unfairly categorize them as rapists, causing potentially unfair suspensions and expulsions or reputational damage. Matthew Kaiser, a lawyer in Washington who represents college men accused of sexual assault, said the policy’s broad language could ensnare young men who acted in good faith. Even though the policy isn’t as explicit as Antioch’s, Kaiser sees a similar effect. “When people are having sex,” he said, they “don’t stop and say “can I do this now? It just sort of happens. If someone is sober and awake and not acting upon the other person, that looks like it would be prohibited under this [bill]. That strikes me as problematic, but its not clearly sexual assault. … When you look at the language of the bill, its not clear what counts as sexual assault and what doesn’t. It doesn’t give the school flexibility to be discerning.”

The notion of consent as part of a rape definition isn’t as controversial as some critics make it sound. In 2012, the federal government changed its definition of rape for the purposes of compiling statistics from “the carnal knowledge of a female, forcibly and against her will” to “penetration, no matter how slight, of the vagina or anus with any body part or object, or oral penetration by a sex organ of another person, without the consent of the victim.” Though the federal change is less specific than the California bill, the spirit of the changes is the same—changing the definition from one rooted in the woman’s refusal to requiring her active consent.

Administrators in California reached by TIME didn’t see the policy as overly broad. Any policy that attempts to design the ground rules in sex is inherently imperfect, they said, but the policies that don’t define consent are even less clear. (Harvard’s new definition for sexual assault, for example, prohibits “unwelcome” contact—an impossibly subjective and equally vague term). Dianne Klein, a spokeswoman for the University of California system, which has already adopted an affirmative consent policy, said it’s actually “a little less gray” than the previous policy that didn’t explicitly define consent.

“It makes it more clear. Is it crystal clear? Is it infallible? No. But that’s just the nature of sexual activity,” she said. No matter how the policy is written, colleges investigating sexual assault will come up against the same challenging he-said, she-said, confusion that any person investigating sex crimes must contend with. This policy at least gives students more information about the college’s expectations. Klein rejects the idea that the pendulum has swung too far in the other direction with this policy. “Both parties don’t have to sign a contract before they unzip their pants” she said.

The bill is also helpful, administrators said, because it brings publicity to the sexual assault issue, making it easier for them to get students to understand why understanding the definition of consent is so important.

“The more people talk about it, the more women feel empowered to speak up when they are in bad situations,” said Jerry Price, the Dean of Students at Chapman University, a private university in Orange, Calif. “If men are predators, the more this is talked about, the more reluctant they are going to be to try to get away with things. All this fanfare is good for what we are trying to accomplish.”

Correction: The original version of this story incorrectly identified Dianne Klein. She is a spokeswoman for the University of California system. 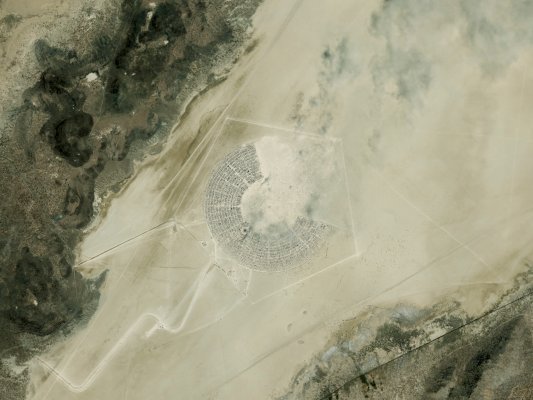 Woman Dies at Burning Man After Being Hit by Bus
Next Up: Editor's Pick