Your wife comes to bed late — again — after spending hours on Facebook. Maybe you feel like your husband is more focused on Twitter than you. Here’s a pro tip: You’re not imagining it. Your relationship really could be headed for rocky shores, if not splitsville, according to a new study from Boston University.

Researchers found that, in general, 32 percent of heavy Facebook users consider leaving their spouse. Facebook in particular is “a positive, significant predictor of divorce rate and spousal troubles,” it notes.

Of course, there are some limits to this finding — it’s all about correlation. But the study’s authors feel they’re noticing something that’s genuinely statistically significant. As usage of the social media site rose across 43 states, they found that a 20 percent bump in Facebook use equated with a greater-than-2 percent bump in divorce rates between 2008 and 2010.

The authors of the study suggest men and women troubled by their marriage may turn to social media for emotional support.

Researchers looked at numbers from Texas, specifically, and found the larger correlation was true there, too. Among non-social media users, about 16 percent pondered leaving their mates at some point. Social media users doubled that number.

(MORE: When Flooded Basements Are a Good Thing)

While previous studies suggested that Facebook and its ilk make it easier for people to cheat on their spouses, the authors of the new study suggest that men and women troubled by their marriage may turn to social media for emotional support (as opposed to just looking for a little somethin’ on the side).

Data aside, the message is to trust your gut: If your sweetheart seems more attached to Instagram than to you, it’s probably time to take stock of your relationship — before one of you is tweeting that it’s over.

(MORE: Dip Your Toes In the American Dream) 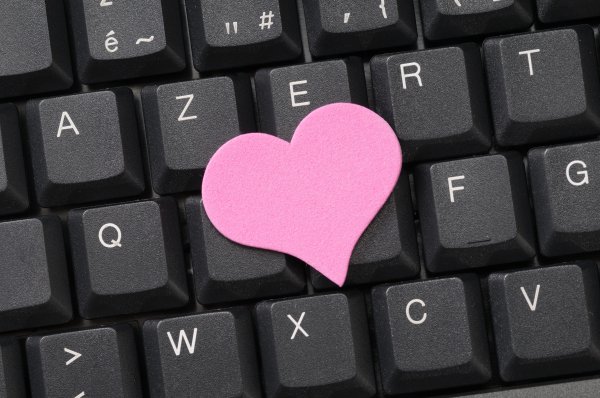 This Video Perfectly Describes How People Feel About Online Dating
Next Up: Editor's Pick