Here's Why Abercrombie & Fitch Is Ditching Its Logos

Abercrombie & Fitch was “the brand of the moment” a decade and a half ago. Sales of its preppy clothes had jumped into the billions, teens had ranked it as the sixth coolest brand, and its newly launched surfer-lifestyle line, Hollister Co., was an instant sensation. But now, with stores like H&M and Zara turning white tees into fashionable pieces, Abercrombie wants to win back its base.

The retailer reported its 10th straight decline in quarterly sales on Thursday, with net sales decreasing by 6% to $891 million, according to an earnings conference call. Shares dropped as much as 8.5% after the announcement.

CEO Mike Jeffries said in the announcement that while Abercrombie’s clothes have made “great progress” in evolving their fashion component, the company is now rolling up its sleeves to reduce its use of logos.

“In the spring season we are looking to take the North American logo business to practically nothing,” Jeffries said on the call.

Higher pricing at Abercrombie stores have kept customers back, according to the Chicago Tribune, as stores like Forever 21 are selling jeans for less than $10 while similar items at Abercrombie can go for $75. Jeffries said that Abercrombie has been cutting costs, which is allowing it to achieve lower prices, the Wall Street Journal reports.

The shedding of logos on most Abercrombie clothing is the company’s latest rebranding effort as it regains its footing from a over decade of bad publicity. Abercrombie settled for $50 million in 2004 after being sued for discrimination against racial minorities. Last year, quotes made by Jeffries during a 2006 interview resurfaced; he had said the brand targeted “cool, good-looking people,” a statement that generated heavy, even viral backlash. (And earlier this year, researchers suggested that its crowded, cologne-filled stores may actually cause anxiety.)

What’s next for Abercrombie? While the company has said it plans to close 60 stores this year after leases expire, Jeffries is hoping that Abercrombie’s back-to-school clothing line and logo-free options will allow it to escape the climate of declining popularity and earnings that is also being faced by rivals like American Eagle and Aéropostale.

“We are confident that the evolution of our assortment will drive further improvements going forward,” Jeffries said in the announcement. “We remain highly focused on returning to top-line growth and driving long-term value for our shareholders.” 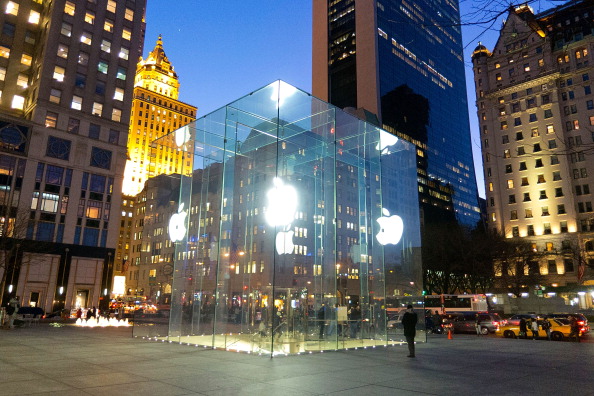 Apple Wins Patent for Its Glass Cube Store Design
Next Up: Editor's Pick