Joan Rivers attends the 2009 Mardi Gras VIP party at the Zeta Bar of the Hilton Hotel in Sydney on March 5, 2009
Mike Flokis—Getty Images
By Noah Rayman

Joan Rivers, the 81-year-old comedian and television personality, was rushed from a doctor’s office to a New York City hospital on Thursday morning after she went into cardiac arrest, according to the Associated Press.

“This morning, Joan Rivers was taken to The Mount Sinai Hospital in New York, where she is being attended to. Her family wants to thank everybody for their outpouring of love and support,” Sid Dinsay, a spokesman for the hospital, said in a statement. Rivers’ daughter, Melissa, said Thursday that Rivers is “resting comfortably” after the episode.

Rivers, who rose to national fame with her 1965 appearance on The Tonight Show Starring Johnny Carson, was scheduled to perform on Friday in Red Bank, N.J. The Count Basie Theatre said in a statement on its website that Rivers’ show has been postponed and that they “look forward to hosting the iconic comedienne in the near future.”

The entertainer gave a talk on Wednesday at the Time-Life building, where TIME is based, and had told the audience she had no physical ailments — even calling herself “lucky” — according to a reporter who was at the event. Rivers said she does not restrict what she eats and joked that the processed foods and fake sugar may be what preserves the body.

— With reporting by Dan Kedmey 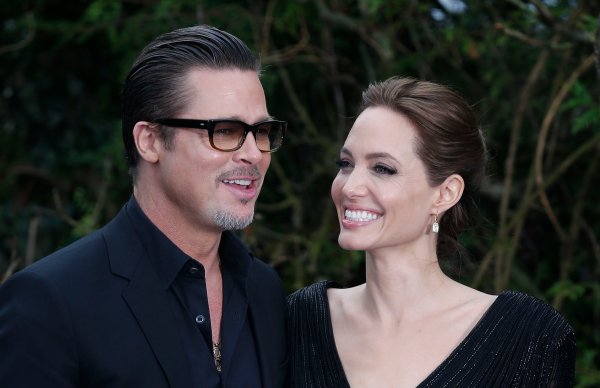 Hey Brangelina, Not Everyone in the U.S. Can Get Married Yet
Next Up: Editor's Pick