If you haven’t noticed, there’s a war going on between those who believe in the health benefits of vaccines – that they can prevent deadly infectious diseases such as measles and polio – and those that believe that the immunizations do more harm than good. Now one of the authors of a 2004 government study that found similar vaccination rates among children with and without autism says the study omitted some important data.

The vaccine war is being fought on social media, in social circles and increasingly in doctor’s offices, as physicians are faced with doubts and questions from parents who find themselves being recruited onto the side of skepticism. Skepticism is healthy, and the sign of curious minds, but not when it flies in the face of evidence. Especially gold standard, rigorous scientific evidence that has been accumulating for decades and shows that vaccines are not linked with an increased risk of the developmental disorder.

William Thompson, a senior scientist at the Centers for Disease Control (CDC) and one of the authors of a 2004 study published in the journal Pediatrics, spoke with Brain Hooker, who serves on the board of Focus Autism (which was founded to “put an end to the needless harm of children by vaccination and other environmental factors”), about the data that was not included in the final report. The study looked at both healthy children and those with autism, to see if there were any differences in their rates of being vaccinated against measles, mumps and rubella (MMR), and found none. That suggested that childhood immunizations likely were not contributing to an increased risk of autism. Hooker and Thompson, however, discussed a subset of the 624 children with autism and 1824 without the condition who were studied and Thompson admitted that among African-American boys, the incidence of autism was higher among those who were vaccinated than among those who weren’t. But that information was not part of the paper. Thompson claims he was not aware that the discussion was being recorded, and his statements appeared in a video released on YouTube on August 22 entitled “CDC Whistleblower Revealed.”

Did the CDC cover up the data, as Hooker claims? A couple of things to keep in mind, both about the people behind the video and about how epidemiological studies like the one published in Pediatrics work (and explained in more detail in this article from Science-Based Medicine). For starters, the video was narrated by Andrew Wakefield, the British researcher responsible for seeding the questions about vaccines and autism in the first place. In 2010, the General Medical Council in the UK revoked his license to practice medicine and a year later, the journal that published his paper concluded that his findings were fraudulent.

Next, any time scientists take the original population of participants in a study, however large, and drill down to analyze trends in a subgroup – in this case the African-American boys – the power of the associations they find dwindles. That’s because the numbers get smaller, and in order to be statistically relevant – something known as statistical significance to statisticians – certain threshold numbers and confidence intervals for the connection have to be reached. In the 2004 study, the scientists looked at a smaller set of 355 children with autism and 1020 without for whom they had Georgia state birth certificates, which included additional information that might be relevant for any associations, such as birth weight, gestational age, and mother’s age, race and education. “This information was not available for the children without birth certificates; hence the CDC study did not present data by race on black, white or other race children form the whole study sample. It presented the results on black and white/other race children from the group with birth certificates,” the CDC notes in a statement responding to the video. Thompson claims that the findings were statistically significant, but results from smaller numbers of subjects still don’t hold as much weight as correlations found in the larger group.

In addition, it’s important to note that the study simply correlated age at vaccination and reports of autism, which says nothing about the direction of the connection. For example, the authors of the 2004 study note that “Case children, especially those 3 to 5 years of age, were more likely than control children to have been vaccinated before 36 months of age.” The association between vaccination and symptoms, however, was more likely due to the fact that the children had to be immunized in order to register in preschool, and doesn’t necessarily indicate that the shots contributed to the autism.

In a statement issued through his attorneys, Thompson says “Reasonable scientists can and do differ in their interpretation of information.” He calls for transparency in the data collecting and reporting process, but says that the way that the 2004 study was presented does not negate the importance of vaccination. “I want to be absolutely clear that I believe vaccines have saved and continue to save countless lives. I would never suggest that any parent avoid vaccinating children of any race. Vaccines prevent serious diseases, and the risks associated with their administration are vastly outweighed by their individual and societal benefits.” 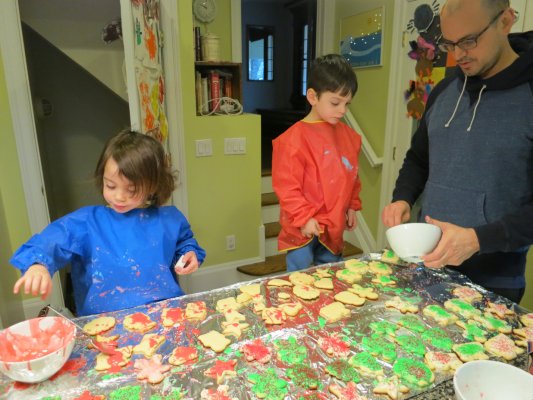 When Will I Die? How I Decided Whether to Test for Early-Onset Alzheimer's
Next Up: Editor's Pick