IFTTT Has Big Plans For the Internet of Things

A tech startup focused on helping users make sense of all their separate online accounts has just pulled in $30 million in venture funding, the New York Times reports.

IFTTT (an acronym for “If This, Then That”) allows people to automatically link the actions of different types of online services. Users can be alerted via text when they are tagged in a photo on Facebook, for instance, or have each photo they add to Instagram automatically be uploaded to their Dropbox account. IFTTT connects all of those services, as well as Twitter, Gmail and more than 100 others.

The simple-but-useful concept has gained the company its largest-ever funding from Andreessen Horowitz and Norwest Venture Partners. With the additional cash, the company is looking to expand its service to the physical world by tapping into Internet-connected devices and the so-called Internet of Things. Future IFTTT software could be used to program lights or air conditioners to turn off in a home at a certain time of day, for example — indeed, some IFTTT users are already using Yo-based recipes to do just that.

The company is likely to face competition from giants like Google, which is expanding into the connected home through acquisitions like smoke alarm manufacturer Nest, and Apple, which is bringing its iOS platform to automobiles and is rumored to be working on “Smart Home” products as well. 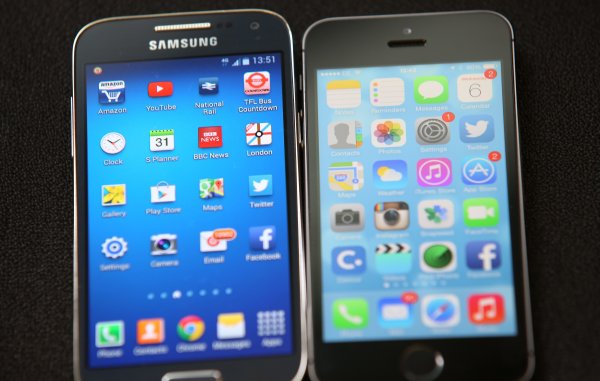 Apple Loses Bid to Ban Sales of Samsung Phones
Next Up: Editor's Pick