A general view of the glass cube facade of the Fifth Avenue Apple store in front of the Plaza Hotel on February 9, 2012 in New York City.
Ben Hider—Getty Images
By Jack Linshi

The U.S. Patent and Trademark Office approved Apple’s application this week to patent its iconic glass cube design at its flagship Fifth Avenue store in Manhattan.

Filed in 2012, the 14-year patent sanctions the “ornamental design” of the 32-foot cube, which underwent a $6.7 million remodeling in 2011 to achieve a cleaner look with 15 glass panels instead of 90, according to Apple Insider. Apple had applied in 2010 to trademark the “distinctive design of the building” but that has not yet been approved.

The glass staircases inside Apple Stores were also patented last year, according to documents published by the USPTO. Apple previously won a patent in 2012 for the glass cylinder design of its flagship store in Shanghai.

The cube was designed by several people including former Apple CEO Steve Jobs, who died in 2011, according to the patent application. Jobs had reportedly paid for the construction of the glass cube himself and owned the structure. 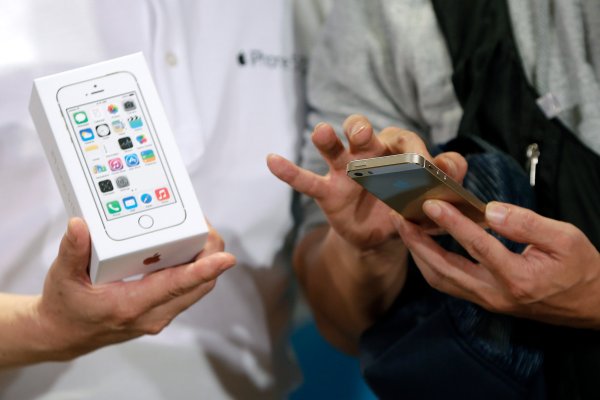 Here Comes the iPhone 6
Next Up: Editor's Pick