The group launched the telemedicine abortion system in Iowa in 2008 so that women living in rural areas could get a medication abortion over video conferencing, a convenience that cuts down on wait time and the 500-mile round-trip drive some Iowa women must take to visit one of the state’s few abortion clinics. Planned Parenthood brought the system to several other states in the Midwest, but the majority of them banned the systems in a wave of abortion restrictions starting in 2011. Currently, 17 states have laws or regulations that specifically ban telemedicine for medication abortion, but both Iowa and North Dakota are appealing these bans. Iowa is now the only state where Planned Parenthood widely uses the system.

The procedure is very similar to an average medication abortion. Before making a decision, the woman speaks with a counselor at length about her options, including having the baby, adoption, and abortion. If the woman decides to terminate the pregnancy, she has a conversation with a physician over a secure videoconferencing system. A Planned Parenthood staff member is in the room to provide support, and the doctor reviews the woman’s medical history and answers her questions. The physician then administers the mifepristone (the first drug taken for medication abortion) by using a computer to remotely open a secure drawer within the health center and instructs the woman to take the medication while the staff member is in the room. The doctor then presents the woman with misoprostol (the second drug taken) and tells her to take it at home within 24 to 48 hours. That medication process is exactly the same as the procedure in the presence of a doctor.

The Iowa Board of Medicine investigated Planned Parenthood’s system in 2010 and deemed it safe. However, when Republican Governor Terry Branstad replaced the board in 2013, the new board reversed the decision, a move that Planned Parenthood and a former board member believe was entirely politically motivated and not based in scientific evidence.

On August 19, a judge ruled that the board was within its authority to ban the use of telehealth systems for medication abortions, and that the board cited concerns that a doctor needs to be present to perform an in-person checkup of the woman before she can take the abortion pills.

Dr. Daniel Grossman, vice president for research at Ibis Reproductive Health, disagrees with the argument that a doctor is needed for an in-person assessment.”[Our studies have shown] it’s safe, that the prevalence of adverse events and complications was low, and that statistics are not different compared to women at the same affiliate who went through the procedure in person,” he said. In 2012 Grossman and a team of researchers found that remote medication abortions did not increase the number of overall abortions in Iowa and that the number of abortions taking place in the second trimester, when the risk for complications is higher, dropped slightly.

“We also found that women were more likely to recommend it compared to women who underwent an in-person procedure,” said Grossman. “In some of the interviews, women decided to go to a telemedicine site because it meant they could have it done sooner. If they waited, they would have to have a surgical abortion.”

Telemedicine is growing, and it’s long been used in even more invasive procedures, from physical exams to surgeries. Major hospitals like the Cleveland Clinic are developing their own systems to cut costs and reduce readmission rates. In 2011, the Veterans Health Administration conducted more than 300,000 remote consultations using telemedicine, and companies like Doctor on Demand even allow doctors’ appointments over video chat and cell phone.

Recently, The New York Times Magazine highlighted a growing international push to find ways for women to take the abortion pills in the privacy of their own homes, specifically a program called Women on Web which helps women get access to safe abortion pills.

According to Planned Parenthood, if the ban takes effect, only three health centers in the state of Iowa will continue to offer safe and legal abortions. “This rule would jeopardize women’s health and target women who already have the least access to medical care–all in the name of politics,” Cecile Richards, president of Planned Parenthood Federation of America, wrote in an email to TIME. “What’s happening in Iowa is part of a dangerous national trend–politicians using underhanded tactics to impose their personal beliefs on women and restrict access to safe, legal abortion. It’s unacceptable and unconstitutional to deny safe care to women in need, which is why we are going directly to the state Supreme Court and fighting with everything we’ve got.” 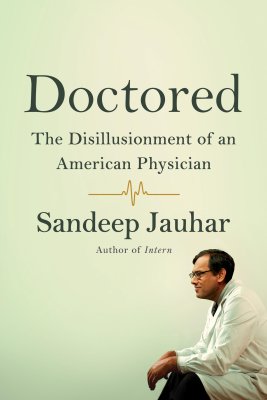 One Patient, Too Many Doctors: The Terrible Expense of Overspecialization
Next Up: Editor's Pick