Here's the French Château Where Brad and Angelina Wed

Brangelina have made it official. The couple married in a small, private ceremony last weekend, it emerged on Thursday, surrounded by family and friends.

But after years in the limelight as one of the world’s most-watched couples, it was obvious that not just any wedding venue would work. So the couple chose to get married close to home. Or, at least, close to one of their homes.

The Associated Press reports that Pitt and Jolie tied the knot in the south of France, at the Château Miraval, a wine château not far from Aix-en-Provence. Back in 2008, the couple moved their family into the château and apparently haven’t looked back, spending their summers nestled in the 1000-acre estate.

Back in the 1970s, the sprawling estate was home to the jazz pianist and composer Jacques Loussier, who built a recording studio on its grounds. Since then, Pink Floyd, Sting, Sade and the Cranberries have all recorded music there. And it seems that the Pitt-Jolies have carried on the tradition. According to the Château Miraval’s website, the couple “have given impetus to the heart of the estate as a place dedicated to the arts — music, cinema, theater, local food and fine wine.” 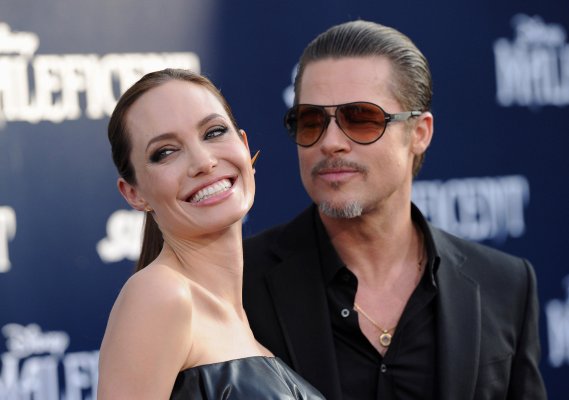 Angelina Jolie and Brad Pitt Got Married Last Weekend
Next Up: Editor's Pick