An experimental Ebola vaccine will soon enter phase one of a clinical trial on humans, the National Institute of Health said Thursday.

Initial testing will take place at the NIH’s Clinical Center in Bethesda, Maryland, while the NIH is in the process of working out tests in Ebola-stricken West Africa. The vaccine was developed by the National Institute of Allergy and Infectious Diseases (NIAID) along with top pharmaceutical company GlaxoSmithKline. The NIH will soon launch other phase one trials of this vaccine as well as another developed by Canada’s Public Health Agency.

The NIAID/GSK vaccine will be tested in a small number of healthy adults who do not have the Ebola virus to see if their bodies create an immune response. The vaccine has already been successfully tested on monkeys.

Here’s how the vaccine works: When a study participant receives the vaccine, one part of the Ebola virus’ genetic material will be delivered to the participants’ cells–but the gene will not replicate. Instead, the cells of the participant will start to express an Ebola protein that will, hopefully, spur an immune response in the participant.

“It is important to know that the Ebola genetic material contained in the investigational vaccine cannot cause a vaccinated individual to become infected with Ebola,” the NIH statement reads. The NIH says simultaneous trials of the NIAID/GSK vaccine and other experimental vaccines will roll out in September.

Testing procedures for experimental Ebola vaccines have been expedited in the wake of the ongoing outbreak in West Africa, which has led to more than a thousand deaths so far. Currently, there is no vaccine or cure for the Ebola virus, though it is survivable with proper treatment. 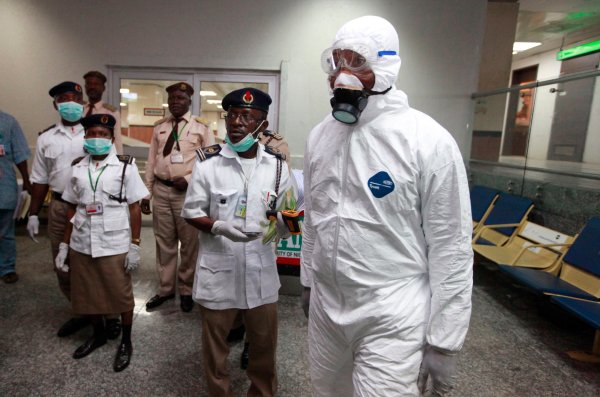