Report Raises No Major Climate Objections to Keystone Pipeline, But the Choice Is Obama's

While one section of the Keystone pipeline is under construction, it's up to President Obama to decide if the full project will go forward
Daniel Acker/Bloomberg via Getty Images
By Bryan Walsh

For all the noise over the proposed Keystone XL oil sands pipeline—which has been in limbo for years— President Barack Obama himself has been fairly clear. In a speech last June, Obama said that he would approve Keystone only if there was a “finding that doing so would be in our nation’s interest, and our national interest will be served only if this project does not significantly exacerbate the problem of carbon pollution.” A draft environmental impact report from the State Department—which, since Keystone is an international project, is tasked with analyzing its merits—that came out in March found that the pipeline would likely not have a significant impact on the rate of extraction of the Canadian oil sands, and therefore carbon emissions, largely because State assumed that producers would find other ways to get the crude to market even if the pipeline were denied. That draft met with criticism from greens, as well as from the Environmental Protection Agency (EPA), which suggested that carbon emissions from the oil sands crude carried by Keystone could be higher than the State Department estimated.

Now the State Department is back with its final assessment—and the results are unlikely to please environmentalists. While changes have been made in the margins, the State Department’s conclusions in a report Friday are largely the same. The Keystone XL pipeline by itself will not likely have a significant impact on the production of crude from the oil sands, therefore, greenhouse gas emissions, the report said:

Environmentalists were quick to denounce the report, noting that the State Department released it even as its own inspector general general is looking into allegations that the primary contractor responsible for the pipeline study has financial ties to TransCanada, the corporation looking to build Keystone. Those allegations were made by the environmental group Friends of the Earth (FOE), whose president Erica Pisa released a broadside against the State Department:

Still, the final decision on Keystone has yet to come—and ultimately it won’t be made by Secretary of State John Kerry. The environmental impact assessment is just one piece of the puzzle. The State Department assessment triggers a final review process to determine whether the pipeline is in the larger national interest. Other agencies—including the EPA—will have up to 90 days to weigh in. Only then will Obama, presumably, make his final decision. As Daniel Weiss, senior fellow at the Center for American Progress, told Bloomberg: “There is still a long part of the game left to be played.”

It’s already been a long game. A lot has changed since Keystone was first proposed back in 2005. U.S. domestic oil production has soared, last year hitting the highest level in two decades—a fact that has weakened the case for the international pipeline. At the same, the rapid—and not always safe—growth of oil being shipped by rail in lieu of pipelines has shown just how creative the oil industry can be when it comes to moving their product. Given the overwhelming demand for oil, it’s quite possible that the State Department is right that whether or not the pipeline is built, it will have little impact on the carbon footprint of the oil sands—though that hasn’t stopped the Canadian government from lobbying hard for the project.

So that leaves the discretion of the president. In his State of the Union address, Obama aligned himself behind an “all of the above” energy policy, one that has embraced domestic oil and gas drilling even as it has worked to expand renewable energy and energy efficiency. With the notable exception of coal, the Obama administration has been less focused with limiting energy sources than in expanding them (he is, after all, the driller-in-chief). So it wouldn’t surprise me if, ultimately, the president does give the go-ahead to the pipeline. Still, the environmental movement has made Keystone its thin green line, and should Obama step over it, he risks permanently tarnishing his legacy with some of his most diehard supporters. Is 800,000 barrels a day of Canadian oil sands crude worth the price to him? That’s an answer you can’t get from any environmental impact assessment. 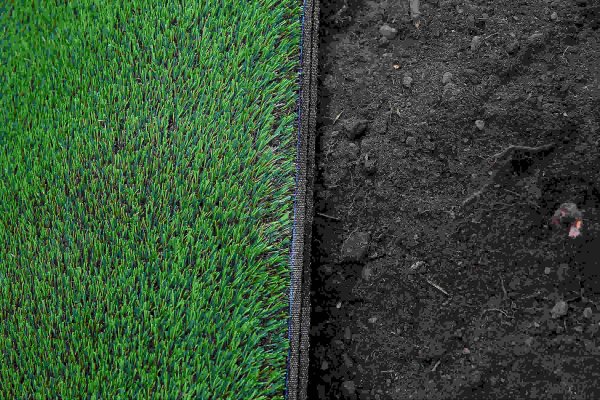 5 Ways to Bust California's Drought
Next Up: Editor's Pick