Stand Up for Your Health

We like to think we’re a stand-up species. That’s what drove our evolutionary march away from many of our four-legged ancestors, after all. But the reality is, everywhere we go are invitations to sit down. In cars, on the subway, when we eat, at the office, at home–even while waiting for an annual physical. But all that hospitality may not be so good for our bodies.

Alarming new evidence suggests that even if you clock workouts most days of the week, the more than eight hours the average American spends sitting every day could blunt many of the benefits of breaking a sweat. Indeed, exercise–while critically important–isn’t the answer, doctors say. An undeniable scientific tide is pushing us to sit less. A lot less.

“In the same way that standing up is an oddity now, sitting down should be,” says Dr. James Levine, director of the Mayo Clinic–Arizona State University Obesity Solutions Initiative, who is better known as the inventor of the first treadmill desk.

Studies have long connected sedentary behavior to poor health, including heart disease, diabetes, obesity and hypertension. But doctors assumed those problems could be traced to the fact that people who sat more were just not working out much. The public-health messaging was in step with the thinking. “Let’s Move!” became a national mantra.

But a closer look at that data shows that simply swapping an hour on the couch for an hour playing catch won’t cut it. A recent review of 43 studies analyzing daily activity and cancer rates found that people who reported sitting for more hours of the day had a 24% greater risk of developing colon cancer, a 32% higher risk of endometrial cancer and a 21% higher risk of lung cancer–regardless of how much they exercised. In another study involving a group of men and women who reported exercising the same amount, each additional hour they spent sitting was linked to a drop in their fitness level. In other words, sitting was chipping away at some of the benefits of exercise.

Why? The human body is designed to move, and a moving body is a needy body, siphoning off the calories we consume to make sure every cell is doing what it’s supposed to do. Sitting slows down the whole system, making the little-used cellular machinery less efficient, until eventually cells’ signals to move are drowned out by their own inertia, prompting a body that’s immobile to stay immobile.

But even when we’re not exercising, we’re moving and using energy. There’s a clever name for that–nonexercise activity thermogenesis, or NEAT–and it can keep that activity machinery well oiled, not to mention increase the daily caloric burn. This includes nearly everything you do requiring movement: folding the laundry, walking up a flight of stairs, running to catch a train, even fidgeting.

That’s why NEAT matters. A body that’s sitting isn’t expending energy, so the signals that normally get you moving–and which, in turn, burn calories–start to check out, molecularly bored with not being called into duty. Meanwhile, the processes that build up fat get busier. When that happens, it gets harder and harder to get off the chair.

The other signals that keep us rooted on our rears may originate in the brain. In animal studies, obese rats seemed to have a switch that prevented them from burning NEAT calories efficiently. The reason isn’t clear yet, but researchers are studying the brain signals that govern what makes us more likely to move–or not move–to figure it out.

That work could help explain, at least in part, why too much sitting seems to be so bad for the human body. People who sit at their desks most of the time, for example, polish off only 300 NEAT calories a day compared with, say, a coffee-shop barista who spends most of his or her shift standing–and burning up to 1,300 extra calories daily.

And NEAT profiles may be reversible, says Levine, so you don’t have to change jobs to improve your NEAT-ness.

“By simply changing your work style, from a chair-based work style to a leg-based one, you can burn 500 to 1,000 extra calories a day,” he says. And it’s not just the calories that count. One study found that regardless of how many hours a group of men spent sitting daily (in their cars or watching TV), those with higher fitness levels–which is, of course, a product of regular exercise–did not show an increased risk of metabolic syndrome, the suite of conditions that include obesity and high cholesterol and are associated with a higher risk of heart disease.

So try standing up more than you sit at your desk. Or look into getting a standing desk. But even simply fielding phone calls on your feet is a good way to start, or pacing while you talk. You could also keep a small glass of water on your desk so you’re inclined to get up more frequently to refill it, taking walks around the office or your home while you’re at it. The more ambitious, says Levine, can urge their colleagues to try standing meetings.

“What we need to do is change the default,” Levine says. “I want us to have to find excuses to be sitting down.” Imagine that. Maybe standing really could be the new sitting. 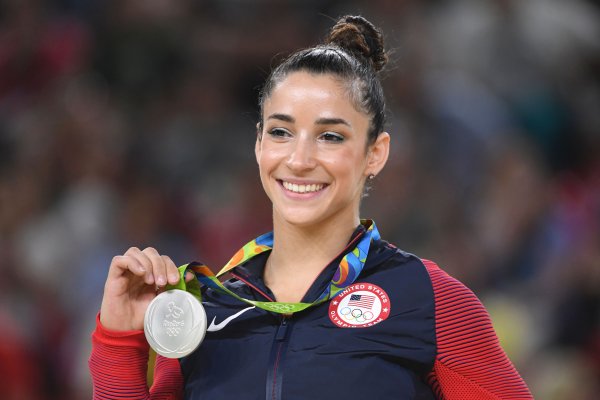 This Week in Motto: Your Core Confidence
Next Up: Editor's Pick