COPS Crewmember Dies After Being Shot By Police During Robbery

A crewmember working for the television show COPS was killed Wednesday after being shot by police responding to an armed robbery at an Omaha, Nebraska fast food restaurant.

Officers called to the Tuesday night theft fired over 30 shots into the Wendy’s restaurant, according to the Omaha World Herald. The robbery suspect, later identified by local officials as Cortez Washington, was reportedly holding an plastic pellet gun which officers mistook for a lethal weapon. Washington, 32, was killed in the shooting, as was Bryce Dion, 38, the COPS crewmember.

At a press conference in Omaha on Wednesday, representatives from Langley Productions, which produces COPS, said Dion was “one of our best guys.” The Langley spokesperson added that Dion was “very talented” and “very dedicated to his job.”

COPS is a long-running show, formerly on Fox and now on Spike, which documents real-world police activities. 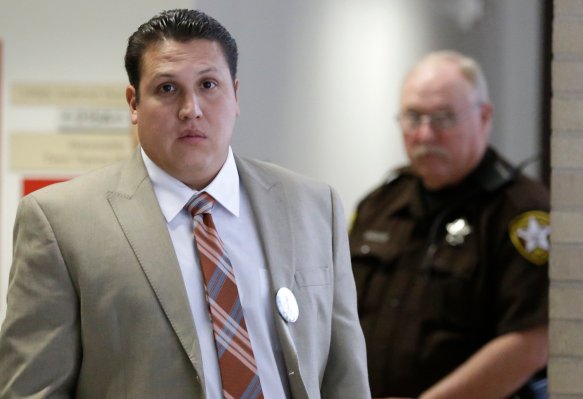 Man Acquitted of Shooting Drunk Driver Who Killed Sons
Next Up: Editor's Pick