What Americans Can Learn From Obama on Mental Health

President Obama addressed the American Legion’s 96th National Convention on Tuesday and outlined five priorities to “fulfill our promises to service members, veterans, and their families.” These priorities include: delivering the quality health care veterans have been promised, ensuring all veterans have every opportunity to pursue the American Dream, providing the U.S. Department of Veterans Affairs with the resources our veterans deserve, protecting the dignity and rights of all veterans and eliminating the decades-old disability claims backlog.

From early in his administration, our President has demonstrated his concern for and commitment to our military and veteran families. He has made numerous speeches at military installations, praising the sacrifices of our troops and pledging his support. He has acknowledged his respect and admiration for those who wear the uniform during his State of the Union Addresses, often inviting injured service members and their families to join the First Lady in the Capitol to watch the address. In 2012 he issued an Executive Order titled “Improving Access to Mental Health Service for Veterans, Service Members and Military Families,” which paved the way for greater communication and coordination among government agencies while creating several specific initiatives and programs to increase access to care and improve the provision of services. And in June 2013, a primary focus of his National Conference on Mental Health was on the unique mental health challenges facing our military and veteran community.

Our First Lady shares the President’s commitment. In the spring of 2009, five months into the administration, I was invited to a meeting at the White House hosted by the First Lady and Dr. Jill Biden. The purpose of the gathering was to learn about the issues affecting our service members, veterans and their families from the organizations that support them and to ask for suggestions regarding how the First Lady and Dr. Biden might best use their platform to assist these worthy men, women and families. This meeting, and several that followed, provided the foundation for what would become the First Lady and Dr. Biden’s Joining Forces initiative, which focuses on three key areas of support for military families: employment, education and wellness.

Tuesday’s speech by the President made reference to several new executive actions designed to serve the military and veteran community – many of which focus on improving the mental health and wellness of those who struggle, those who suffer and those who are at risk of suicide. During perhaps the most inspiring moment of the speech, President Obama proclaimed:

“And maybe most of all, we’re going to keep saying loud and clear to anyone out there who’s hurting, it is not a sign of weakness to ask for help; it is a sign of strength. Talk to a friend. Pick up the phone. You are not alone. We are here for you. And every American needs to know if you see someone in uniform or a veteran who is struggling, reach out and help them to get help. They were there for America. We now need to be there for them.”

Our President has done an excellent job of setting the table for us. He has provided leadership and directed resources. He has made it clear that the mental health and wellness of those who serve and their families is a priority for his administration and for America. His staff has consistently reached out to the community of organizations that engage and support our military and veteran community, asking for feedback and seeking opportunities for partnership and collaboration. Some might suggest that this has all been politically motivated – sadly so much of what seems to happen in Washington these days certainly is – but to those of us who have had the honor of working alongside our colleagues at the White House over the years on these issues, it has been clear from early on that that this sustained effort is genuine.

But while the President’s leadership is absolutely critical for success, we will need more than his commitment if we hope to ensure the mental health and wellness of those who serve and their families. We must broaden the scope of our efforts and look beyond the military and veteran community. The stigma associated with mental illness is a huge problem within our society – a problem that we must address if we hope to reduce the number of service members and veterans who choose suicide every day. How can we expect those who serve – given their training on self reliance, their value on mental toughness and their focus on serving others – to step forward and ask for help if they are depressed, anxious or suicidal when so few among us in the civilian community do so comfortable or openly. It was a little over two weeks ago that Robin Williams’ suicide sent shock waves and overwhelming sadness across our nation. Robin Williams – who was so beloved, so talented, so smart – was unable to ask for help in his darkest hour. He was unable to let those he loved know that he was in danger. How horribly sad and lonely he must have felt – how terribly distressed and alone so many in our nation feel every day.

We must change our culture if we are to succeed in saving lives and ending suffering. We must come to accept that mental health and mental illness are elements of the human condition – just as physical health and disease are – not just within our military culture but for all Americans. We must use opportunities like the one that the President has given us to harness support, roll up our sleeves and do the heavy lift required that will change the conversation in America about mental health. Perhaps one positive outcome of the last 13 years of war can be an end to the stigma associated with mental health and mental illness. Perhaps our service members and our veterans will once again lead America and serve as examples of courage, acceptance and compassion for self and others.

Barbara Van Dahlen, named to the TIME 100 in 2012, is a licensed clinical psychologist and the founder and president of Give an Hour. A notable expert on the psychological impact of war on troops and families, Dr. Van Dahlen has become a thought leader in mobilizing civilian constituencies in support of active duty service members, veterans and their families. 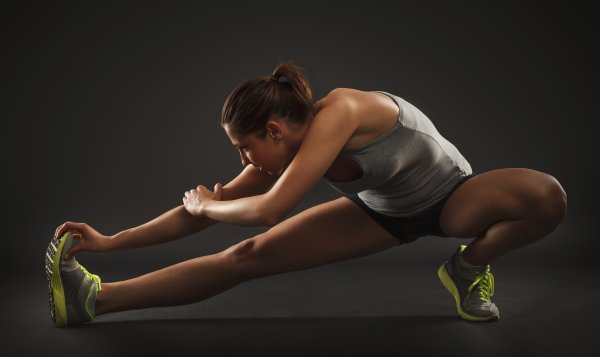 5 Workout Moves That Will Change Your Body
Next Up: Editor's Pick