Nick Jonas: I Want a Career Like Elvis Presley

Nick Jonas is redefining himself this year. The musician and actor, formerly one-third of the Jonas Brothers, will unveil an R&B-inspired solo album this fall and stars on Kingdom, a gritty TV drama about martial arts fighting. For the series, which premieres October 8 on DirectTV and also stars Frank Grillo, Jonas bulked up and learned how to fight, focusing intently on creating a role that showcased a more dramatic side of his acting abilities. His album is equally sincere, but not quite as serious, a collection of songs that reveal a new side of Jonas as a musician.

The self-titled album features collaborations with Mike Posner, Angel Haze and Demi Lovato. TIME caught up with Jonas at his management’s Los Angeles office, where he and his live band have been rehearsing the new material.

TIME: Is your new album finished?

Nick Jonas: Yeah, we’re finished. Just working on liner notes and album art now, which is the fun part. The plan is actually to roll right into another [album]. I want to get it started and ready to go hopefully in the next month or so. The mentality was to take the new way of releasing music, which is to just always have something out. It feels like a good plan.

Did you go into this album with a vision for the music?

I did. I came in really wanting to make a record that was different from anything I’d done in the past, but that was true to my influences: Stevie Wonder, Prince, Bee Gees. And then, more recently, The Weeknd and Frank Ocean. That whole vibe of alternative R&B/pop. It just fell into a really natural place really early. To the point where we were six songs in, like, “Oh, we have a record taking shape.” I came in really sure of what I wanted to do.

What did you want to say on the album lyrically?

I think that fear was a big thing in the songs I was writing. The song “Jealous” — the root of that is fear. A song called “Nothing Will Be Better” has fear at the forefront. In a lot of ways, as an artist you’re best way to free yourself of whatever it is that’s bothering you or causing the fear is to just write and get it all out. I tried to do that. I think I said a lot. I made myself uncomfortable at times in what I was saying, which I think is good. I wanted to make the kind of record that left the audience with more questions than answers. I think the best art does that. Hopefully the second installment answers some of those [questions].

You said the album poses a lot of questions. What do you think is the most significant question it asks?

One of the biggest questions is, “What is it you fear and why do you fear it and how does it affect you?” For me, it was fear of the unknown, fear of my next steps, fear of making bold choices. In creating the music and feeling free in that way, I think the questions were answered and the fear was gone. I feel really good now!

What do you think was the boldest choice you’ve made with your solo career?

Just starting it. That was pretty bold. That took a lot just to get to that place where I could have that conversation and roll it out from there. And I really did push myself to step outside of my comfort zone and work with people that I’d never worked with before. I’d become really selective with who I worked with, and I think that limited me in a lot of ways. Trying to open my mind up to new people and new collaborators was a big thing.

What’s your goal for your career overall going forward?

My goal is to be the kind of performer that can be in movies and television shows, like the show Kingdom I’m doing now. Be in that and have a career in that, but also do my music. Both are a form of my artistry and it’s a shame that sometimes you’re limited to one. A lot of people feel like you have to focus on one at a time, but I want to be greedy and do both. I hope I can. I look at people like Elvis, who did both, and it was amazing. There’s a million examples of people who have made the transition from one to the other, but I’d love to be able to do both and make an impact in both.

How did you get the role in Kingdom?

Once the [Jonas] Brothers and I finished that chapter, I met with the team and said, “I want to make acting a priority.” I took a bunch of meetings. There were a lot of obstacles to overcome, trying to make a transition to things that were grittier and had heavier subject matter. There were a lot of “no”s. I kept working hard and finally got in for this show, which is a big reach. But they said my work was great, and the role was mine. It was a big win. It’s very intense. It’s heavy. It was about an hour drive to set every day and I was so thankful for that ride because on the way home I needed an hour just to turn on some classical music and clear my head because it was really heavy stuff.

Do you know yet if it will get a second season?

We don’t know yet. We literally finished last Tuesday. We’ll probably find out after the first week.

You clearly got really fit for the role. How did you prepare physically for playing a fighter?

I’ve gotten pretty into physical fitness this last year. Getting to the gym more, eating healthier. I really enjoyed that and when I got this role the goal was to put on 15 pounds of muscle. Just to have an animalistic aesthetic and feel. These fighters have a very specific physicality so it was about trying to capture that. I worked with a trainer here in LA and did the fight training on top. I was on a really strict diet plan that had me eating about 4,500 calories a day, just getting huge.

So you actually learned how to fight?

I did, yeah! It was really amazing training. We worked with this guy Joe Daddy Stevenson, who is a famous fighters himself. We did a bootcamp with him for a couple of weeks and really got in the mind of the fighters. We all built up our own reasons why we, as our characters, were fighting.

Have you personally ever been in a fight?

No. Growing up with brothers, you push each other around and wrestle a little bit. Now they don’t really touch me, because I actually know how to handle myself.

How do your brothers feel about you pursuing your own career?

Any kind of transition, when you come from a family set up both in a band and also the extension of that, is going to be complicated at first. Luckily we’re all in a place now where we’re all doing what we want and what we love. That’s where it needed to be. So Kevin is with his family and enjoying that, and Joe is starting to work on some music projects and some DJing stuff. It feels like a really good time in all of our lives.

When you look back at the Jonas Brothers do you feel like that music represents you as an artist?

Yeah, I think so. We really tapped into a moment in pop culture that was band oriented. When we broke through it was on the back end of the pop-emo takeover. When we came into that our pop-rock sound fit. It was organic to who we were. We were writing all those songs. It was important to us then. And now, looking back on it, are there things I would have done a little differently? No, I don’t know that I would have. It was who we were then and each moment as an artist is that moment. You have to continue to grow and that happens over time.

Can you tease anything about your upcoming single “Jealous”?

The night before [we wrote it] I was out with my girl and this guy looked at her ass while we were out. I was all hyped up on the fighting I was doing. I was had to be like, “Okay, let’s stop for a minute.” Not only was I frustrated that he was disrespecting me like that, but also, I could actually take care of this situation. I got really passionate about it. I realized that jealousy was something that I was harboring so I wrote this song about it. It’s a fun song so it’s ironic that it came out of a situation that made me so angry. I love the song. The video is really special. I think it’s the best video I’ve made.

So instead of fighting people you’ll just write songs about them? 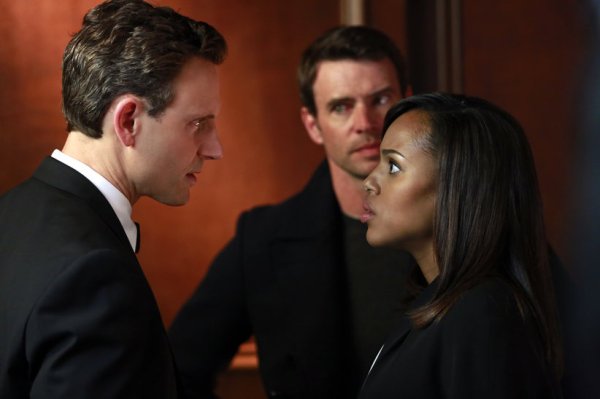 Here's What's New on Netflix for September
Next Up: Editor's Pick