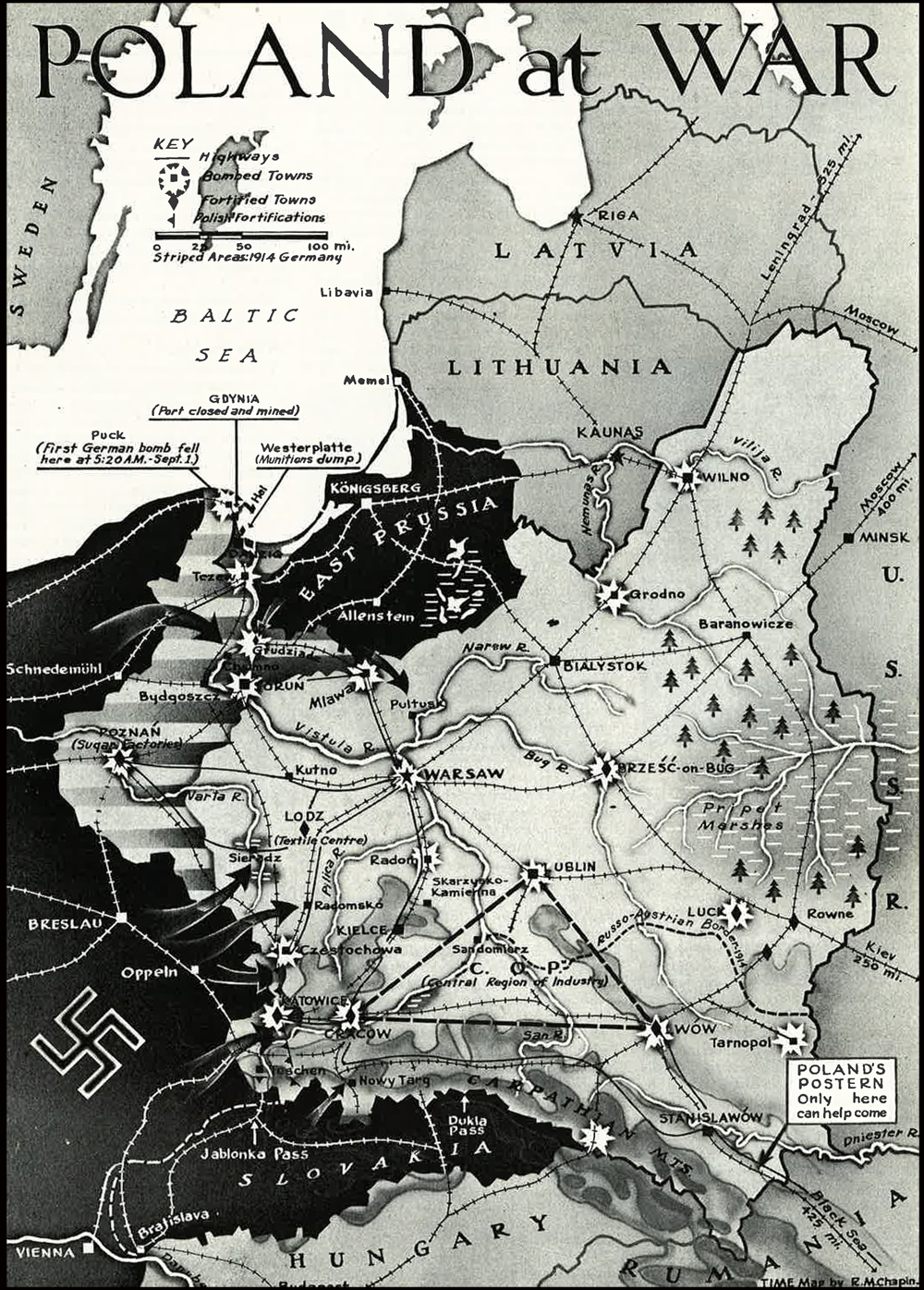 Eighty years this week, World War II began. “The telephone in Franklin Roosevelt’s bedroom at the White House rang at 2:50 a. m. on the first day of September,” the Sept. 11, 1939, issue of TIME explained. “In more ways than one it was a ghastly hour, but the operators knew they must ring. Ambassador Bill Bullitt was calling from Paris. He had just been called by Ambassador Tony Biddle in Warsaw. Mr. Bullitt told Mr. Roosevelt that World War II had begun. Adolf Hitler’s bombing planes were dropping death all over Poland.” On Sept. 3, the United Kingdom and France declared war.

Roosevelt wasn’t the only one expecting the dramatic news. In that same TIME issue, the first to hit stands after Germany began its march into Poland, the magazine provided readers with a timeline explaining the war’s start, despite a worldwide mood described as “thoroughly sick of and appalled by the idea of war.” The retelling starts in March of 1939, after Hitler moved on Czechoslovakia, and continues throughout the spring as England and Germany deliberate over the future of Poland — but as late as Aug. 23, even after Germany surprised the world by announcing a non-aggression pact with the Soviet Union, war was not a foregone conclusion.

The description of the events of that late August might read like a farce if it weren’t so deadly serious: as Hitler uses impossible ultimatums to negotiate with Poland, a nation Britain has already sworn to aid if necessary, the timeline fills up with sudden deadlines, haggling over the difference between an ambassador and an emissary, offers that can’t be sent because phone lines have been cut and orders to attack given simultaneously with offers of peace.

And then the time for negotiating was over.

The original TIME story about those events can be read in full, for free, here — Grey Friday — and the map of Poland that accompanied the story appears above.

This 75-Year-Old Map Shows Europe 'Ready for War'
Next Up: Editor's Pick