While Blue Ivy was doing some tasteful head-bobbing during Beyoncé’s VMAs performance, actress Laverne Cox was just rocking out.

While everyone around her sat quietly enjoying the show (including Kim Kardashian), the Orange Is the New Black star was on the next level. Up on her feet, waving her arms, wiggling her hips and singing along to “Blow,” it’s clear that she was having a better time than pretty much anyone in the audience.

Best. Ever. Cox is basically saying: All hail Queen Bey.

We hope Cox and Beyoncé become besties really soon (if they aren’t already) so Cox can star in Bey’s next music video and so Bey can make an appearance in an OITNB episode. Bey, if you’re out there, make it happen. 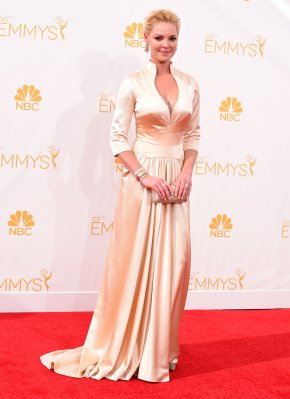