The Obama Administration is working on an international agreement for countries to cut their fossil fuel emissions, a move that could set up a showdown with Congress by avoiding the need for formal treaty ratification.

The accord, meant to be signed at a United Nations summit next year, will likely bypass the usual ratification procedure, the New York Times reports. Ratification would require a two-thirds vote from the Senate, but any action on climate change faces stiff resistance from Republicans and from some moderate Democrats, and President Barack Obama has increasingly looked for ways to work around congressional opposition as his time in office winds down. The Administration is considering framing an agreement as “politically binding” instead of legally binding as a way to circumvent the need for ratification, the Times reports. Obama’s climate negotiators told the Times that the framework would help “name and shame” negligent countries.

“Not a word of the new climate agreement currently under discussion has been written, so it is entirely premature to say whether it will or won’t require Senate approval,” Psaki said in a statement. “Our goal is to negotiate a successful and effective global climate agreement that can help address this pressing challenge. Anything that is eventually negotiated and that should go to the Senate will go to the Senate. We will continue to consult with Congress on this important issue.”

Senate Minority Leader Mitch McConnell (R-Ky.) voiced opposition to the possible maneuver, saying it’s indicative of what he called the Obama Administration’s tendency to “ignore the elected representatives of the people when they don’t agree.” 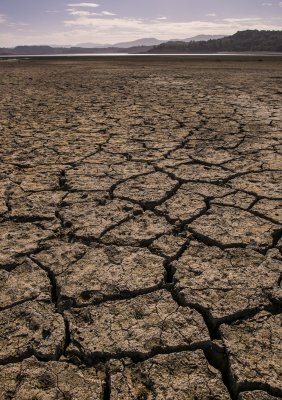 Climate Change Could Slow Down
Next Up: Editor's Pick