The Time Warner Cable Inc. logo is seen on the exhibit floor during the National Cable and Telecommunications Association (NCTA) Cable Show in Washington, D.C., U.S., on Tuesday, June 11, 2013.
Bloomberg—Bloomberg via Getty Images
By Alex Fitzpatrick

Thousands of Time Warner Cable customers woke up Wednesday morning, took a shower, poured their morning coffee, opened up their computers, and… nothing.

A massive outage that TWC later said was the result of an infrastructure problem triggered during routine maintenance affected subscribers from the East Coast to Los Angeles, as shown by a map in which wide swaths of the country glowed a bright, troublesome red—a color that probably matched the faces of customers who tried calling customer service hotlines only to be met with a busy signal.

Thankfully for TWC customers, the outage struck in the wee hours of the morning, when big maintenance projects are typically undertaken exactly because there’s a lighter load and fewer folks who stand to be affected if something goes wrong. The issue was also fixed relatively quickly, considering the number of people it touched. But Wednesday’s glitch could cause headaches later on for TWC—and even more so for Comcast, the cable and content behemoth that’s looking to merge with TWC in a landmark deal that, if allowed, would create the single largest Internet provider in the country.

Comcast can’t go right ahead and buy Time Warner Cable like you can buy a magazine at a newsstand. A deal this big—worth about $45 billion—and one raising significant antitrust and public interest concerns needs to get the government’s go-ahead before it can be completed. Two federal agencies have the power to put the kibosh on the whole shebang: the Department of Justice, which will evaluate antitrust issues, and the Federal Communications Commission, which could block the merger on broadly-defined public interest grounds.

In preliminary hearings and statements about their proposed merger, Comcast and Time Warner Cable have argued the deal should go ahead as proposed because it wouldn’t significantly change the cable industry’s competitive makeup: Comcast and TWC, the companies accurately say, don’t currently compete in specific geographic territories, so individual customers won’t really be losing an option for getting cable (or fiber) to their home.

But as the anti-merger crowd says, a merged Comcast-TWC would have unprecedented size and scale both in content delivery and creation, especially when considering its recent purchase of NBCUniversal. That size and vertical integration, anti-merger advocates say, would mean Comcast could really turn the screws on the few cable or fiber companies with which it would compete in various regions, like Verizon, Charter and Cablevision. If a post-merger Comcast chose to engage in anti-competitive practices or if its regional rivals just couldn’t keep up, those advocates say, it will eventually be the consumers who lose out.

However, Wednesday’s outage brings up a point that hasn’t been talked about much in this debate: Physical infrastructure redundancy.

If TWC’s Internet infrastructure—the routers, switches and other physical stuff which help get Internet traffic into and out of your home—is added to Comcast’s, that would result in a pretty giant network. Therein lies a potential redundancy issue: If millions of post-merger subscribers are on the Comcast network and a catastrophic failure like Wednesday’s happens, millions more people would potentially be affected than would otherwise be the case. And in a post-merger world, those customers could wind up with fewer options for leaving Comcast if they got fed up with network issues, putting less competitive pressure on the company to address any network issues that arise.

Comcast’s network engineers are undoubtedly already thinking about this, but as the debate over the Comcast-TWC merger continues to heat up, expect this map to show up again — and sure enough, New York Governor Andrew Cuomo said Wednesday afternoon he’s ordered an investigation of the Time Warner Cable outage as part of a merger review.

“Dependable Internet service is a vital link in our daily lives and telecommunications companies have a responsibility to deliver reliable service to their customers,” Cuomo said. 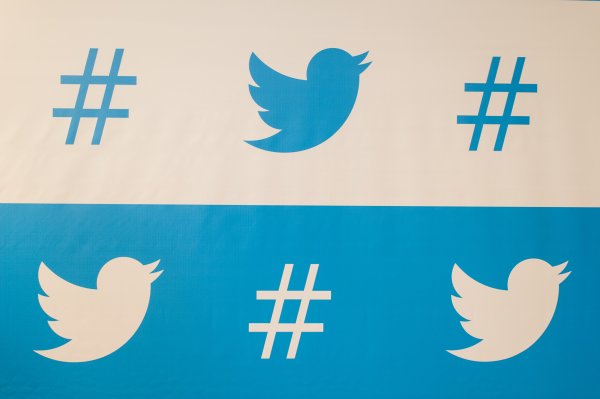 Here's How to Embed Your Hyperlapse Videos on Twitter
Next Up: Editor's Pick