The Future of Tablets? Market Segmentation

The tablet market is one that has greatly polarized many who follow the technology industry.

The initial debate centered around whether the tablet would kill the PC. Then, the tablet market began to slow from its once triple-digit annual growth rates to much more modest single-digit growth rates. The market for tablets is still growing in terms of annual sales, just not as much as it did in 2011 and 2012.

The tablet remains an important product and it will continue to evolve, but one trend we see happening may shed some light on what we can expect for the future of tablets.

It appears the tablet is segmenting. This is something our firm has been highlighting for some time in our tablet presentation:

The market appears to be segmenting. Part of this has to do with the diversity of the pure-slate form factor. The design itself opens up the possibility that, through software, tablets can appeal to a wide range of use cases. This is what makes the tablet form factor so exciting.

Segmentation in many markets is not new. Specifically in the PC market, desktops and notebooks are examples of purpose-built segmentation. PC gaming machines are another example of segmentation. So it isn’t surprising that we’re seeing segmentation in the tablet market as well.

People often criticize segmentation without realizing that these are very good business moves. The Nabi kids tablet, for example, sold nearly two million units in the U.S. during the holiday quarter last year. Nvidia’s creation of the Shield tablet may be an even smarter move still. The hard core PC gaming market may not be the largest one but it is still lucrative. DFC Intelligence estimates there are upwards of 270m core PC gamers.

However, to target these segments, companies have to truly understand the market they are building for and make products uniquely tuned to fit their needs. The Nabi tablet includes custom software for kids. They offer a range of tablets targeting at different age groups and create custom experiences just for those age groups.

The Nvidia Shield tablet has a hardcore gaming processor and can stream games over a Wi-Fi network from the gamer’s computer to the tablet, which can in turn connect to a TV. By giving gamers access to all their PC games in mobile form on a tablet, Nvidia has custom-built experiences for its tablet that check the necessary boxes for serious PC gamers.

I expect more segmentation to come as hardware manufacturers discover parts of markets that are underserved or not served at all. Ultimately, this segmentation is what can continue to fuel the tablet market. There are all types of every day use cases for tablets: Many will be general purpose like the iPad, but many will target certain verticals like the ones I mentioned above. Despite anyone’s opinion on the tablet market, I remain bullish on its future.

Bajarin is a principal at Creative Strategies Inc., a technology industry analysis and market-intelligence firm in Silicon Valley. He contributes to the Big Picture opinion column that appears here every week. 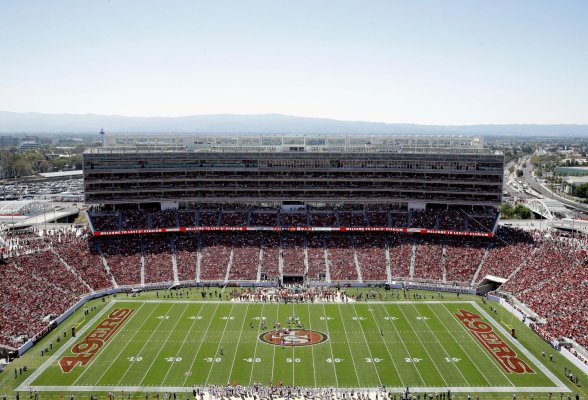 Meet Levi's Stadium, the Most High-Tech Sports Venue Yet
Next Up: Editor's Pick