Patrick, the oldest wombat in captivity, according to Ballarat Wildlife Park, turned the ripe old age of 29 on August 25.

His longevity is not the norm. In the wild, wombats tend to live only five years, while those in captivity average a lifespan of around 20 years.

Patrick — who was named the “3rd best city mascot” by CNN — is an Australian legend who has been greeting visitors to the wildlife park for decades. He was hand-raised by zookeepers after he was orphaned as a joey, as marsupial babies are called. According to Tourism Australia, “the team at the park tried releasing Patrick back into the wild a couple of times but he couldn’t defend himself against other wombats.”

The plus-sized Common Wombat may also be the world’s largest, tipping the scale at 88 lbs (40kg). He’s so big that Ballarat Wildlife Park curator Julia Leonard used to push the lovable wombat around in a wheelbarrow just “to keep a check on what is going on,” according to the organization’s website. He’s now been retired from active park duty, preferring to hang (and eat) in his pen.

Oldest and largest aren’t the only titles that Patrick has earned during his long life. According to Australia.com’s Facebook post, he may have earned another slightly more ignominious title as well. “Given that Patrick has never had children, or any partners in general, probably makes him the oldest living wombat virgin as well!,” said the post. “Congrats mate!”

MORE: Lil Bub Stars in a Summer Version of the Yule Log 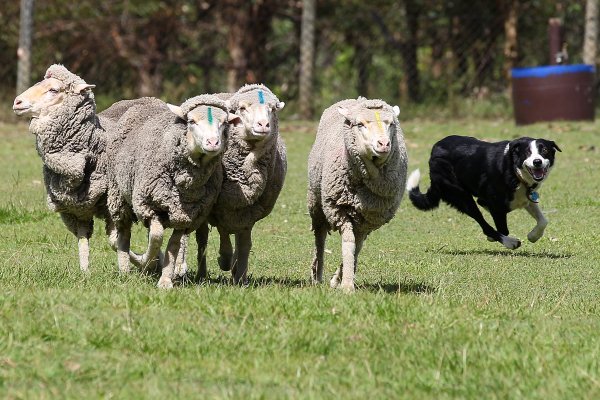 GPS Data Has Finally Solved the ‘Sheepdog Mystery’
Next Up: Editor's Pick