GOG.com Is Getting Into the DRM-Free Movie and TV Business

GOG.com–the encyclopedically stocked go-to site for older versions of PC games refurbished to play on existing Windows, Mac and Linux computers–is getting into the DRM-free movie business, or it’s trying to anyway. The company just announced that it’s going to pull the trigger on a slew of film and TV content that it’ll let buyers download or stream at leisure.

Movies and television shows would be completely new territory for GOG.com, media content and distribution mechanisms it’s had no experience with to date…save for one crucial component: the DRM-free part.

Today, say you want to watch movies at home, you have any number of options: stream from a service like Netflix or Hulu, buy and download from an e-tailer like iTunes or Amazon, or if you’re old-school (or like my wife’s parents who live at the ends of the earth in rural Iowa, stuck in an Internet black hole) you rent something on a physical disc from your local grocery store or Redbox vending machine.

But grabbing any of the above without digital rights management is essentially verboten. The content isn’t yours: It’s either borrowed or earmarked for use with a proprietary distribution mechanism. Short of poking around websites that catalog video in the public domain, attempting to decouple physical discs you’ve purchased and want to rip for backup or playback purposes from their copy protection bulwarks, or flat-out turning to piracy, DRM-free video isn’t an option in today’s world.

GOG.com’s position on DRM is, you could argue, its primary PR cachet. The site’s mantra is “you buy it, you own it,” period. No copy protection, no download or reinstallation or backup limits. Nada. That philosophy’s allowed the site to carve out significant space in the currently Steam-dominant downloadable PC gaming scene, and it’s apparently driving a sustainable business model.

In that light, wading into film and television with a DRM-free angle makes a certain amount of sense. It’s by no means clear the company’s going to succeed, of course. The deal starts with “over 200 partners in the gaming industry,” so publishers like EA, Square Enix and Ubisoft alongside various indie studios. That means documentaries, largely, at first, though much of it will start off unique to the site. GOG.com says the service will include world premieres like Gamer Age, The King of Arcades and Pixel Poetry, as well as award-winners off the festival circuit like Indie Game: The Movie.

But I’d wager most people see the phrase “movie and TV” used in a sentence with DRM and want to know when they’re going to be able to download a DRM-free copy of the first season of shows like Breaking Bad or True Detective. (That’s what I’d want to know, anyway.)

“Our initial idea was to start with the big guys, but the process is not easy,” says Guillaume Rambourg, GOG.com VP for North America. “In our first round of talks, the response was largely, ‘We love your ideas, but we do not want to be the first ones. We will gladly follow, but until somebody else does it first, we do not want to take the risk.’”

Rambourg claims most studio officials agree with GOG.com that DRM is “pointless,” but says they wind up punting to conservative legal departments, which of course have no intention of lowering their respective DRM drawbridges. GOG.com says it decided to regroup and prove the concept first, thus it’s launching its DRM-free film section “with documentaries catering directly to its existing community: gamers and geeks.”

GOG.com says these films, which can be streamed or fully downloaded as preferred, will include additional content, and that two of the launch titles–Art of Playing and TPB AFK: The Pirate Bay Away From Keyboard–will be available free of charge. Buy a video on GOG.com and you’ll get a file, says the company, which you can play whenever and wherever you want. New movies should arrive thereafter at a rate of at least once a week, and it sounds like the company’s starting with a flat price model: $5.99 a piece.

So no, not the place to go if you want to own shows like Treme or Fargo free and clear, but it’s a start, and who else is offering even that much? GOG.com says it’s “aiming high,” of course, and that its goal is to free “all movies and TV series from DRM.” It’s hard to imagine any of the major studios cozying up, but then the idea that you’d be able to buy hundreds of legacy PC games for peanuts, play them on modern machines and outright own them, DRM-free, after decades of code-wheels and pass-phrases and all sorts of other copy protection shenanigans, was just a pipe dream until GOG.com came along six years ago and proved it could be done. 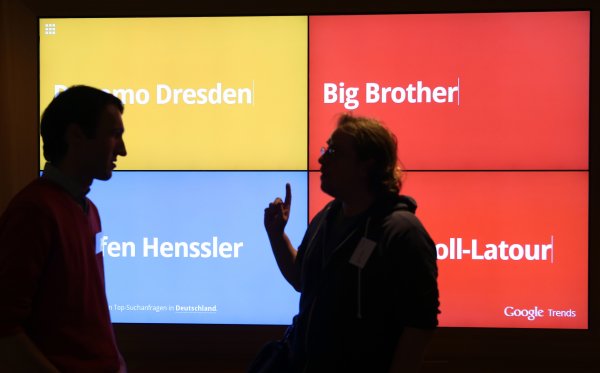 Google Is Reportedly Working on Giant TV Screens
Next Up: Editor's Pick