The shirt has thin black and white stripes and a yellow star sewn on the front. The company described the design as “sheriff” themed, but the word “sheriff” was barely legible within the star, and to many outraged critics on social media the shirt was far more evocative of one of the darkest chapters of World War II history.

Zara removed the shirt from its site on Wednesday, according to the Israeli blogger for 972 Magazine who first broke the story, and its Israeli office issued an apology to any customers who might have been offended. 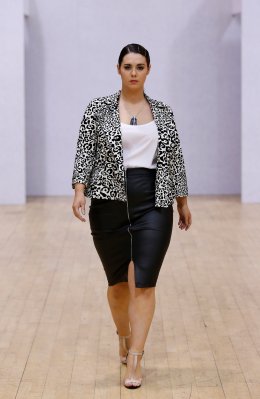 One Problem With Plus-Size Fashion: Customers Aren't Buying It
Next Up: Editor's Pick