As General Motors, America’s largest automaker, struggles with a recall crisis–3.1 million vehicles are affected by a spate of problems, one of which led to at least 31 crashes and 12 fatalities over the past decade–the big question is which company is recently appointed CEO Mary Barra actually running: the old GM or the new GM? The former was a company that bred many of today’s troubles. It was insular, with sometimes cowardly managers unwilling to pass bad news up the food chain, and it was embroiled in squabbles over cost cutting vs. quality carmaking.

The new GM is a leaner, meaner, postbailout company that must convince consumers, investigators and Wall Street that it can face trouble head-on. Barra, a respected insider whose tenure will be defined by how she manages this crisis, is trying hard to prove that GM can change. In a 3-min. 53-sec. video on the company’s website, she lays out the known facts and ramifications of the crisis with authority and sensitivity, telling customers what to expect and how GM will work with the National Highway Traffic Safety Administration (NHTSA), two congressional bodies and the Department of Justice, all of which are investigating the problems. “Something went wrong with our process in this instance, and terrible things happened,” she says. “As a member of the GM family, and as a mom with a family of my own, this really hits home for me.”

Barra comes across very much as a middle-American everywoman in the video–the antithesis of the vision of female corporate power exemplified by leaders like Marissa Mayer and Sheryl Sandberg (not to mention the arrogance of the Old Detroit that ran the company into the ground). It will be interesting to see just how different she is from the most recent crop of GM leaders, including Ed Whitacre and Dan Akerson, who were in charge when some of the problems occurred.

Despite her low-key manner, she’s already transformed many parts of one of America’s most iconic companies. An engineer with a distaste for bureaucracy, she held positions across GM’s management chain before taking over in January, accomplishing unsexy yet important tasks that had long been talked about but not tackled, like making sure the same car didn’t get made in three different ways on three different continents. “She’s very collaborative, and that’s definitely what GM needs now,” says veteran auto analyst Ron Harbour, who has known Barra for 30 years. “She will let people know GM is totally focused on the customer and that something like this will never happen again.”

The truth is that things like this–meaning recalls of faulty vehicles–happen in the auto industry all the time. What’s interesting is that they usually don’t do much harm to an automaker’s long- or even midterm share price and market position. Unless, that is, they are indicative of a larger cultural problem within the firm or there’s a sense that the company knowingly covered things up. (That’s still the crucial issue: Why didn’t GM, which apparently had evidence of an ignition problem going back to 2001, say something sooner?) A Citigroup research note on the crisis points out that the only major auto firm to recently lose market share because of such a fiasco is Toyota, which on March 19 agreed to pay $1.2 billion to settle a criminal investigation over a 2009–10 recall scandal. It eventually had to halt production on new models because it handled the crisis in dribs and drabs rather than definitively.

Barra, in contrast, is moving quickly. She appointed a new vehicle-safety chief, sped up recall notifications and announced a $300 million write-down in the first quarter to deal with the cost of crisis management. Once GM gets beyond the immediate problems, her hands will still be full. Though the company has a strong balance sheet postbankruptcy and has come a long way in terms of cost cutting and quality improvement, it still faces stiff competition. Toyota and another Asian rival, Hyundai, are increasingly relying on the U.S. market for sales. More important, GM is not nearly as profitable as European automakers BMW, Mercedes or Volkswagen, all of which make a lot of money on their luxury lines. GM has been trying to rehabilitate Cadillac’s brand image for several years with some success, but it’s a slow process. The recall of some Cadillac models isn’t likely to help much.

For Barra, the best news is that markets aren’t yet panicking about the company’s troubles. Many insiders are bullish on her performance and ability. “I think the very fact that GM would promote her to the top position shows that this isn’t the company of old,” says Argus Research analyst Bill Selesky. Barra’s moves over the next few weeks and months will definitively answer the question of which GM this really is–one way or another. 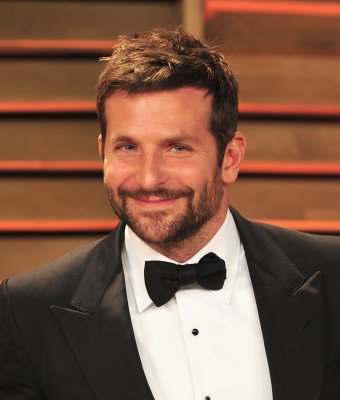