Concussions are an unfortunate reality in many sports, from football to soccer and boxing. And as studies continue to link concussions to a range of health problems, from depression to Alzheimer’s and other brain changes, sports and health officials have focused their attention on whether protective equipment like helmets can lower the risk of brain injuries.

Most research to date shows that there is no concussion-proof helmet to protect against all concussions and brain injury. In March 2013, a panel of 32 experts updated the Consensus Statement on Concussion in Sport, and concluded that while mouth guards and helmets generally protect the faces and heads of athletes, they don’t do much to protect them from internal brain damage. In fact, they warned, helmets and mouth guards may even give some players a false sense of security and invincibility and may make them act more aggressively on the field.

MORE: A New Blood Test to Diagnose Concussions On The Field

A new study published in the Journal of Neurosurgery confirmed that there’s no helmet that can protect a player from all concussions, but the researchers compared two helmets and found that some can be more protective than others. While previous studies simply looked at rates of concussions across a wide variety of helmet types and among players with varying rates of head impacts, in this study the scientists were able to control for the number of impacts each player had and compare that to his helmet type and risk of concussion. The researchers analyzed six years of head impacts among 1833 college football players from eight schools. The players were either wearing a Riddell VSR4 or Riddell Revolution helmet, which the manufacturers say no longer have screws that are typically found in the forehead area of the helmet. That construction provides “an unparalleled amount of face mask flexion, dispersing impact energies around the helmet instead of onto the player’s head,” the company claims. The two helmets were popular choices at the time of the study.

(MORE: Your Kid Is Probably Wearing the Wrong Helmet to Prevent Concussions)

The research team monitored more than a million head impacts by equipping the helmets with sensors to measure the force, velocity and direction of each impact. They found a 54% lower risk of concussion among players wearing the Riddell Revolution helmet compared to those who wore the VSR4 helmet. That suggests that the Revolution is better at dissipating the energy from an impact on the helmet before it reaches the head, leading to what the researchers call lower head accelerations and a lower concussion risk.

Since rule changes can only go so far in reducing the risk of impacts to the head, the scientists say that improving helmet design to lessen the damage that such trauma can do to the brain is also critical, and their data suggest that may be possible. No helmet can prevent 100% of concussions, but if some can reduce the risk, then they should be studied further, the researchers say. 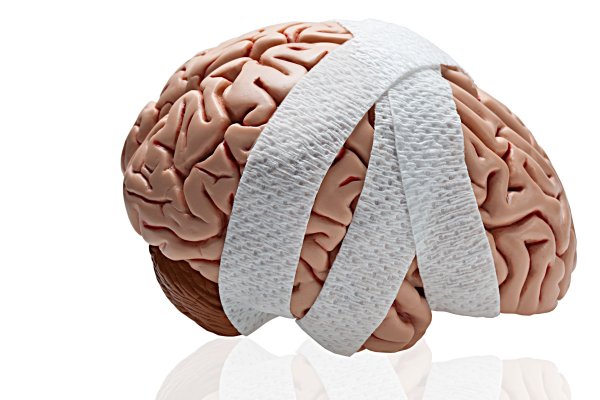 A New Blood Test to Diagnose Concussions On The Field
Next Up: Editor's Pick