When the Skit Hits the Fan: The Army’s Sexual-Assault Woes Persist

To its credit, the Army itself spotlighted the sexual-assault rot pervading the service this week during the case of Army Brigadier General Jeffrey Sinclair. But it only highlighted what appears to have been a messy consensual affair gone sour because Sinclair embarrassed the service by getting caught.

On Thursday, Colonel James Pohl reprimanded Sinclair, 51, a former deputy commander of the 82nd Airborne Division, and ordered him to pay a $20,000 fine. But the military judge sentenced him to no jail time, stemming from a plea deal in which Sinclair pleaded guilty to adultery (a crime in the U.S. military) with a female Army captain, 34, in Afghanistan, and related charges. Following the sentencing, Sinclair smiled and hugged his attorneys.

The case against him fell apart after the accuser, who charged Sinclair with sexual assault two years ago, was suspected of perjury during a pretrial hearing, and after word surfaced that a senior Army officer may have improperly rejected, for political reasons, an earlier plea offer from Sinclair.

The collapse of the prosecution, and the resulting minimal punishment, makes it inconclusive for those advocating major changes in how the military handles sexual assaults.

But the real key to the issue of sexual assault in the Army isn’t about the case. Rather, it’s what the court martial highlighted about acceptable actions in today’s Army. On Tuesday, during the final day of a two-day sentencing hearing at Fort Bragg, N.C., Army prosecutors rolled out an officer’s account of a skit performed for Sinclair’s benefit as he prepared to leave his assignment in Germany.

The fact that the skit happened isn’t as important as the reaction of those involved.

Lieut. Colonel Benjamin Bigelow testified that the 2010 going-away party for Sinclair featured a raunchy skit involving two male soldiers, one playing Sinclair, and the other his primary accuser. The character playing the female captain, wearing a brown wig like the accuser’s hair, “moved in front of the Sinclair character’s crotch,” Bigelow said, “and offered to do something for him.” Much of the crowd laughed loudly. “She was offering to give him oral sex.”

The reactions to the skit were telling:

—For the audience: It suggested that those watching would understand the reference. It indicates that such behavior was tolerated, if not condoned, and was ripe for parody. This was not a small crowd, given to locker-room antics. More than 500 people saw it, including German guests.

—For Rebecca Sinclair, the general’s wife, who was there: She was “clearly shocked, angered and dismayed,” according to Bigelow (the accuser did not attend).

—For Sinclair himself: Attorney Richard Scheff said, in his client’s defense, that he had nothing to do with the skit:

Maybe it meant nothing to his client, a disgraced officer trying to weasel out of jail time, or to his civilian attorney.

But to the Army, it means everything.

Any soldier fresh out of basic training knows the meaning of “command climate.”

“Command climate” is the air that a military unit breathes. It is its bedrock culture, supposedly forged by leaders and nurtured by everyone in the outfit. Sinclair, by sitting there and watching the skit, accepted it. He didn’t stand up and walk out. Perhaps he didn’t want to embarrass his wife. Maybe he didn’t want to draw any more attention to his earlier actions and attitudes that let fellow soldiers think he’d get a kick out of it.

Even if he didn’t get a kick out of it, the soldiers performing it thought he would.

That’s the definition of a poor command climate. And until there’s more climate change in the Army, sexual assaults and harassment will continue. 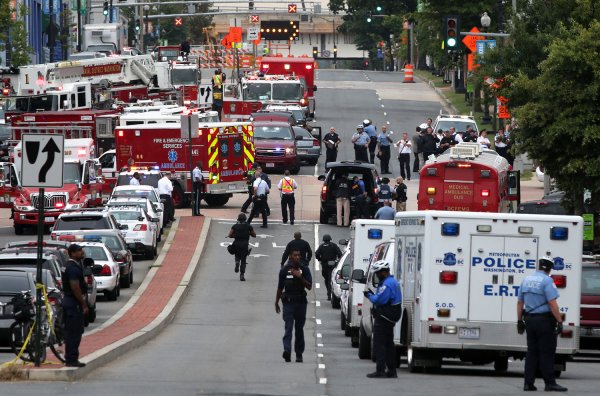