In this photo illustration the rear of an Apple iPad is seen on Aug. 6, 2014 in London, England.
Peter Macdiarmid—Getty Images
By TIME Staff

In the midst of sluggish sales, Apple has been developing larger touch-screen devices in order to see off competition from rivals including Google and South Korean giant Samsung, according to reports.

The new 12.9-in. iPad will be launched in the spring, inside sources told Bloomberg, following the company’s release of a larger 4-in. iPhone next month.

Apple’s 10-in. and 7.9-in. tablets have been unable to maintain a stable consumer base because of the release of larger smartphones by largely Asia-based competitors.

The new iPad’s 12.9-in. screen would be comparable in size to the largest MacBook Air on the market. 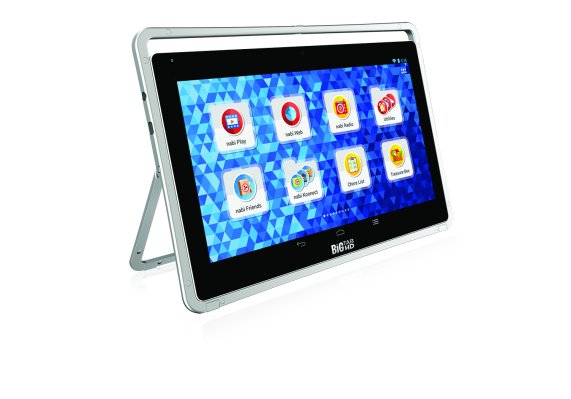 This Enormous Tablet Could Replace Your Kid's TV
Next Up: Editor's Pick