As the first human cases of H7N9 bird flu infection outside of China begin to emerge—in Taiwan and Hong Kong—health officials around the world are preparing for a potentially perfect storm for a massive flu outbreak. On Thursday, billions of Chinese will be on the move to celebrate the Lunar New Year, creating ripe conditions for the spread of the influenza virus from those already infected. And many of those celebrations will include chickens, the primary carriers of H7N9. In addition, with the Winter Olympics, one of the world’s largest sporting events, just two weeks away, the virus could find the ideal conditions for breaking out.

And that means the next plane could bring a pandemic to the U.S. or anywhere else around the world. “The bottom line is the health security of the U.S. is only as strong as the health security of every country around the world,” says Dr. Thomas Frieden, director of the U.S. Centers for Disease Control. “We are all connected by the food we eat, the water the drink and the air we breathe.”

MORE: Many Americans Are Skipping the Flu Shot

So far, the World Health Organization reports that 246 people, mostly in China, have been infected with H7N9 since the virus was first identified last year, and nearly a quarter of them have died. As the first cases outside of the China emerged, Hong Kong officials ordered the culling of 20,000 chickens from its primary poultry market after one bird tested positive for H7N9, and banned live poultry imports for three weeks from the mainland. In the meantime the Chinese government is shutting down live poultry sales in its eastern provinces after a spike in cases in recent weeks. Because H7N9 does not make birds sick, it’s nearly impossible to distinguish infected poultry from healthy animals, so officials aren’t taking any chances. Shanghai is closing its live poultry markets for three months beginning in February.

What concerns health experts is that H7N9 meets two of the three conditions for becoming a pandemic—it is widespread among birds, and it can pass from birds to people. So far, it does not appear to transmit easily from person to person, but if it did, says Frieden, “that would be a big problem. The likelihood of having a pandemic would be much, much higher.”

MORE: Should You Be Chicken About the New Chicken Flu?

What could push the virus to move from person to person? One worrying possibility—as H7N9 circulates among birds, it could recombine with other influenza strains and find a way to infect humans more efficiently by jumping from host to host. It’s also possible that the H7N9 infecting people could recombine with other strains currently circulating, such as H1N1 or even H5N1, another bird flu, and become more virulent as well. Vietnam confirmed that a 52-year old man died this week of H5N1.

If H7N9 were to become a pandemic, there is a vaccine that researchers have developed, but Frieden says it’s not very effective and may require more than one dose, which could complicate distribution if there were an urgent need to immunize the population. But other measures for containing outbreaks that have proven effective in the past, including reducing the contact between people and infected animals, implementing social distancing strategies to prevent rapid spread of the virus, and dispensing medications to treat the severely ill, could help to contain an outbreak. “Flu reminds us that we are all connected by the air we breathe,” says Frieden. “There is no way for us to know if a pandemic will happen tomorrow or 10 years from now or never. But what we can do is be even better prepared than we have in the past if it happens.” 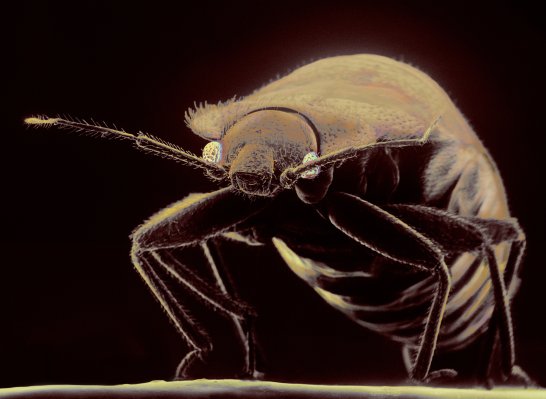 The Secret Life Of Bed Bugs: Study Reveals Seasonal Trends in Growth
Next Up: Editor's Pick