Charles Vacca, 39, was instructing the girl on how to use an automatic Uzi on Monday when the girl, who was accompanied by her parents, pulled the trigger and then lost control of the weapon, the Mohave County Sheriff’s Office said in a statement Tuesday. Vacca was shot in the head and died of his injuries.

He said Vacca, a longtime military veteran, had been working at the range for roughly two years. Scarmardo also said the range had not had an accident since it was opened more than a decade ago.

The girl’s parents were recording the tutorial on their cell phones when the incident occurred and handed the footage over to authorities, according to Scarmardo. 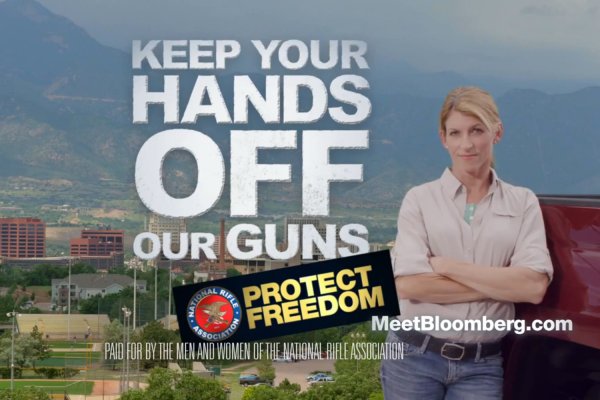 NRA Campaign Has Michael Bloomberg in Its Crosshairs
Next Up: Editor's Pick