The former acting head of cybersecurity at the U.S. Department of Health and Human Services was convicted on child pornography charges in a Nebraska federal court, the Department of Justice said Tuesday.

The former official, Timothy DeFoggi, allegedly expressed interest in the violent rape and murder of children in online exchanges and at one point suggested meeting up with another web user to fulfill such fantasies, the Justice Department said in a statement.

He was the sixth person convicted in an ongoing investigation into three child pornography websites, the DOJ said. The administrator of the sites has previously been convicted of engaging in a child exploitation enterprise. According to the Justice Department, DeFoggi registered on the site in March 2012 and was active until it was taken down in December of that year.

It’s unclear if his illegal activity overlapped with his work for the government. In an HHS budget report for Fiscal Year 2014 that was found by the Washington Post, a Tim DeFoggi is identified as head of OS IT Security Operations for the department. 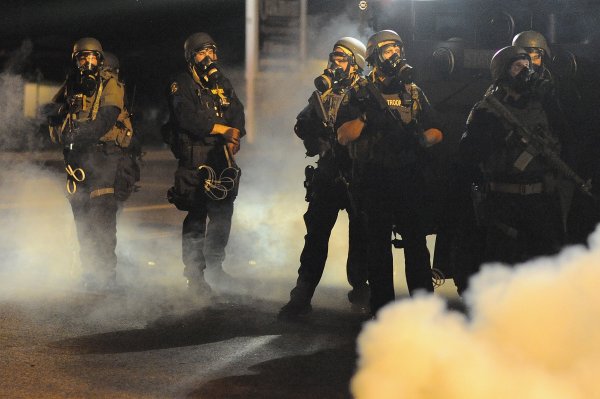 The 100-Year History of Tear Gas in 2 Minutes
Next Up: Editor's Pick