Oil and gas are at the heart of the Russian economy and are largely responsible for keeping Moscow’s government budget in balance. But the recent decline in the price of oil from the North Sea and Texas has now spread to Urals crude, giving President Vladimir Putin one more economic headache.

The price of Urals crude fell just below $100 per barrel on Aug. 18, an 18-month low. On Aug. 19, it dropped to less than $97 per barrel. These declines coincided with similar drops in the price of Brent crude from the North Sea and U.S. oil.

The reasons are fairly easy to recognize. First, the United States has been on a drilling tear, extracting oil at record levels to increase its supply at a time when demand is waning. Second, though more tentative, is that conflicts in North Africa and the Middle East are so far not interfering with oil production in these regions.

This oil production boom raises problems for Moscow. Two-thirds of Russia’s exports are oil and gas, accounting for fully half of the central government’s revenues. That means that so far this year, every dollar drop in the price of Russian oil means a cut of about $1.4 billion in revenues.

This comes as Russia’s oil industry joins its defense and finance sectors as targets of sanctions by the European Union and the United States over Moscow’s unilateral annexation of the Crimean peninsula in Ukraine and its suspected role in the fighting between Ukrainian forces and pro-Russian separatists.

Some analysts say the effects of the lower oil prices may not be lasting unless the drop in oil prices fall further in coming years. Vladimir Kolychev, the chief economist at VTB Capital, a global investment firm with headquarters in Moscow, says brief dips have less of an impact on Russia’s budget than the average cost of oil over an entire year.

“The first thing to remember is that the oil price projected by the finance ministry is … $104 average for the year – that still looks conservative,” Kolychev told Reuters. “Even if the oil price falls to $90, we’ll still have $105 average.”

As an example, Kolychev calculates that Russia’s budget would balance if oil’s average price fell to $103 per barrel.

Even if Moscow can tame its budget, it seems clear that Russia’s oil sector will feel the pain from the one-two punch of Western sanctions and lower prices. Vedomosti, a Russian financial journal, reported Aug. 14 that government-owned Rosneft, Russia’s largest oil company, has asked Moscow for more than $40 billion in debt relief because of the sanctions.

That’s a sharp reversal from just a month ago. Western sanctions were imposed on July 15, and three days later, Rosneft officials shrugged them off, saying the company would continue to pursue its plans and reap profits. In fact, a week after that statement, Rosneft CEO Igor Sechin boasted that the company’s revenues were soaring. 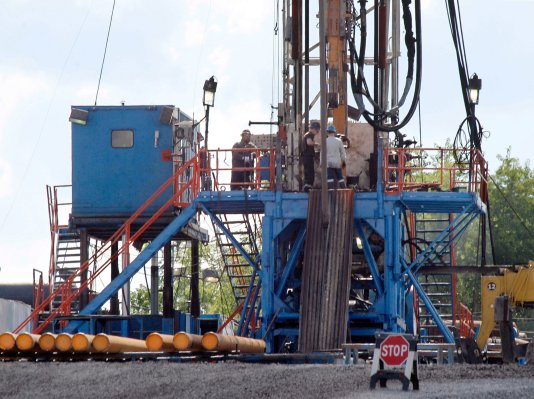