A U.S. Army soldier salutes the flag during the national anthem at a welcome home ceremony for troops returning from Iraq on Nov. 10, 2011, in Fort Carson, Colo. More than 100 soldiers from the 549th Quartermaster Company, 43rd Sustainment Brigade returned after a seven-month deployment. They played a key role in removing excess equipment from Iraq as other troops withdrew from the region
John Moore—Getty Images
By Zeke J Miller

The Obama Administration announced a new program Tuesday to make it easier for active-duty servicemen and servicewomen to afford homes. The White House hopes the plan will help thousands of military families save hundreds of dollars or more each year.

Currently, Americans serving on active duty are eligible to have their home interest rates and some other debt fees capped at 6% under a 2003 law, but they must first prove their eligibility to lenders. Recent studies by the Government Accountability Office, however, have found many of those entitled to protections under the Servicemembers Civil Relief Act (SCRA) don’t benefit from them, because they’re either unaware of them or choose not to deal with the paperwork involved. Speaking to veterans at the American Legion National Convention, President Barack Obama announced a plan to address those issues, with five of the country’s largest mortgage lenders agreeing to make the process easier and to proactively reach out to those who should be eligible for lower rates.

“We’re announcing a new partnership in which some of America’s biggest banks and financial institutions will simplify the process, proactively notify service members who qualify for lower rates and make it easier to enroll,” Obama said. “In other words, we’re going to help more of our troops and military families own their own home without a crushing debt.”

According to the White House, Wells Fargo Bank, Bank of America, Ocwen Loan Servicing, CitiMortgage and Quicken Loans are participating in the program. The five companies are also pledging to more frequently check Defense Department databases to see whether their customers are entitled to unclaimed benefits.

“Our preliminary analysis suggests that this new partnership will help tens of thousands of military families save money by reducing their mortgage interest rates,” wrote National Economic Council director Jeff Zients in a blog post on the White House website shared with TIME before publication. “On a $200,000 mortgage, even an interest rate reduction of only one percent will result in over $1,500 a year in savings for our military families — money they can put towards daily expenses, retirement savings or sending their children to college.”

“It’s clearly the right thing to proactively reach out to active-duty military members and make sure they — and their families — are financially protected,” said Quicken Loans CEO Bill Emerson. “Our military members have enough on their plate without burdening them with the added stress of having to contact their lenders to activate benefits the law entitles them to receive.”

The Financial Services Roundtable industry group hailed the announcement in a statement Tuesday, announcing that about 5,500 homes have been donated by affiliated companies to veterans and their families.

“We are proud that the voluntary commitments made in partnership with the White House today reinforce the industry’s overall mission to give back to those who sacrifice the most for this country,” said the group’s Housing Policy Council president and former Secretary of the Navy, John Dalton, in a statement. 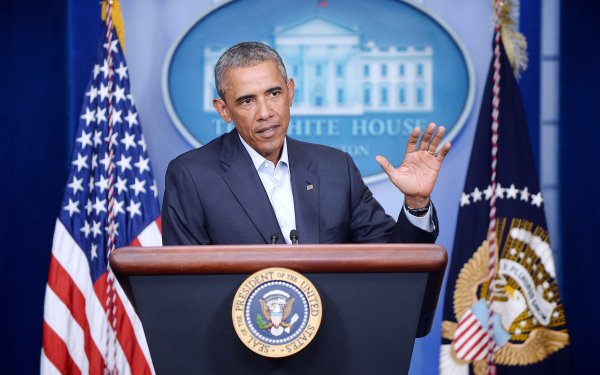 A Lot of White House Petitions Are Going Unanswered
Next Up: Editor's Pick