A group dedicated to defending and promoting Hillary Clinton’s record ahead of a possible 2016 presidential bid used Women’s Equality Day to tout her record of promoting women Tuesday.

The group Correct the Record released a two-page document entitled “Breaking Glass: Women’s Economic Empowerment.” The document, given exclusively to TIME, looks at Clinton’s work to promote women’s and girls’ issues as Secretary of State. The issue was Clinton’s top policy priority. The push came after her failed 2008 presidential bid, during which she didn’t highlight the historic nature of her candidacy until the end of the campaign, famously saying only in her concession speech that her bid to be the first female president represented “18 million cracks in the glass ceiling” for the 18 million votes she’d received in the primaries.

Many Clinton advisers who’d worked on the campaign have said in retrospect that they wished they’d emphasized the historic opportunity she had to be the first female president earlier. Clinton lost the women’s vote in 16 state and territorial primaries to Barack Obama. Already this time, Ready for Hillary, another arm of Clinton’s shadow campaign, has focused on outreach to female voters as a priority.

Correct the Record’s promotion of Clinton’s record also speaks to that push, highlighting the work that she’s done to further women and children globally. The group notes that Clinton created the office of Ambassador-at-Large for Global Women’s Issues and raised women’s issues at all international economic forums. She launched the Equal Futures Partnership to advance women in politics and the private sector. Along with Asian Partners she pushed through the San Francisco Declaration, an agreement to realize women’s economic potential. With help from Middle Eastern countries she launched the Strategic Dialogue with Civil Society, which brought together and empowered activists in the region to work on women’s economic and political. In Latin America and the Caribbean she launched WEAmericas to help women grow small businesses. In Africa, she created the African Women’s Entrepreneurship Program to help train women qualify for the African Growth and Opportunity Act, a trade agreement that gives privileged trade status to certain African countries and businesses. And she directed the Invest for the Future program in Southern and Eastern Europe and Eurasia to focus on women’s entrepreneurship.

“Hillary Clinton championed such unprecedented and impassioned work at the State Department to advance women’s entrepreneurship and empowerment that it would take an entire book to fully chronicle her efforts,” said Adrienne Watson, a spokeswoman for the group. “Correct The Record put together this ‘Breaking Glass’ record analysis to highlight Clinton’s many successes, including several multilateral partnerships and programs which raised the profile of women’s issues and resulted in greater economic engagement of women around the world.” 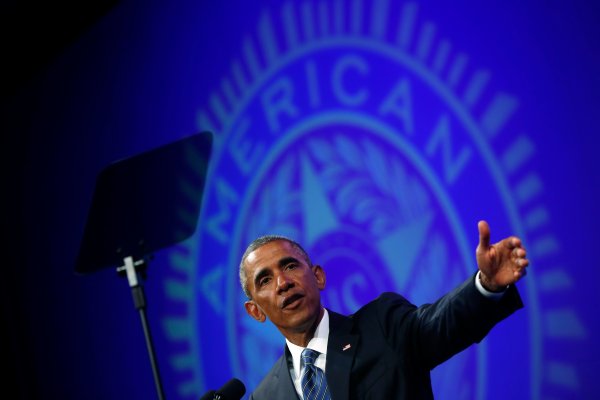 Obama Warns of Extended Campaign Against ISIS
Next Up: Editor's Pick