George R.R. Martin took a quick break from killing off all your favorite people in Westeros to add to the ever-growing collection of celebrity Ice Bucket Challenge videos. That’s the trend in which people dump ice water over themselves and post the proof on Facebook or donate to Amyotrophic Lateral Sclerosis (ALS) research. Many stars have done both, and the campaign has raised about $80 million so far.

After being nominated by Neil Gaiman (who he deems a “bastard”) and a few other people, Martin parks himself beside a pool and declares, “God help us all! Winter is coming!” Then some friends dump ice water on him and he emits a sound that can really only be described as a squeal/yelp hybrid. Then he hops into the pool and makes a bunch of Game of Thrones references.

Overall, the whole thing is much less of a bloodbath than we expected. 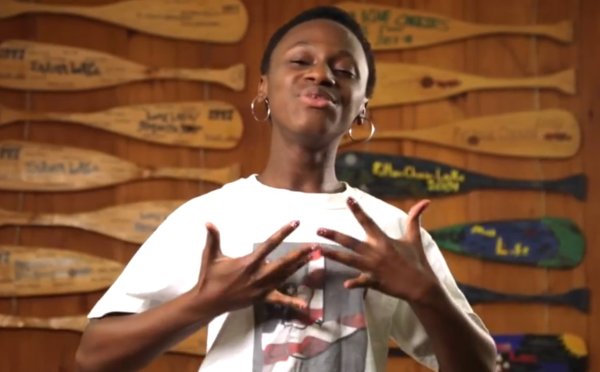 Get "Happy" With This American Sign Language Performance of Pharrell’s Hit Song
Next Up: Editor's Pick