Welcome back to Bachelor in Paradise, where the contestants are still recovering from the shock of seeing Chris and Elise depart for parts unknown (well, known, because Chris is clearly headed to physical therapy). When we rejoin the show, Michelle is still in tears over the fact that Chris gave her his rose so she could stay and find love. She cries all over Graham’s and Zach’s shirts while miraculously leaving her eye makeup intact. If Michelle comes out of this show sans love, at least she’ll have a new relationship with her mascara.

Here’s what happened on The Bachelor in Paradise:

Date Card: Robert finally got a date card (and a shirt). Sarah just got a rose from Robert, so he asked her out, even though Michelle was trying to psychically send him messages that she’s interested. Um, Michelle he just negged you, so he’s probably going to do it again. Robert chooses Sarah and Michelle goes to cry in the bathroom. While Graham comes to comfort her, Michelle cries into the camera in what one can only assume is angling for a shot at being The Bachelorette.

Robert and Sarah: In a painful ploy, the producers make Michelle fix Sarah’s hair for the date with Robert. There’s something extremely off-putting about Michelle’s seemingly deeply-held belief that she deserves the date with Robert more than Sarah does, such that she simply can’t believe that someone choose Sarah over her. Robert finds Sarah’s inner strength beautiful.

New Blood: Michelle is eagerly awaiting the arrival of new men, so when Andi castoff Cody arrives she’s eager to meet him,

Clare and Cody: Cody confesses that he’s just there for Clare, apparently. He asks Clare out on date, but because she has started a “relationship” with Zach, she isn’t sure what to do. So she leverages the date card into a do-or-die moment with Zach, demanding to know whether he is ready to commit to their five-day old relationship. He doesn’t know what he wants, so Clare blows it all out of proportion, comparing his inability to commit to a five-day-old relationship to an inability to commit to marriage. But then she turns Cody down anyway, because, you know, he’s Cody.

The Great Bromance: Cody won’t go on a date with someone who is not Clare, which is an admirable display of single-mindedness. Instead of switching ladies, he opts to give the date to his “brother” Marcus, so he and Lacy can go make out in private. It was selfless, but not that selfless, because all the ladies thought it was a very sweet move and are giving Cody a second glance.

Marcus and Lacy: As they head out the door, Michelle calls it, “Marriage. Definitely.” On their date, Marcus tells her he loves her, but Lacy won’t say it yet.

Zack and Clare: After Clare turned down Cody, Zack realized that he wanted to put all his eggs in Clare’s baskets. So he tells her what she wants to hear, and then they make out.

New Arrival: You almost feel bad for single mother Michelle that the new arrival turns out to be certified a-hole Kalon, who infamously referred to Emily Maynard’s daughter as “baggage.” He immediately invites Michelle out on a date, and she accepts even though she knows what’s she getting into. As she publicly regrets the decision, he talks about wanting to “zipline into her BEEP” and “motorboat that.”

Kalon and Michelle: Michelle sleeps on it and realizes that there’s no way she can go on a date with Kalon, because not only does she have self-respect, but she also is friends with Emily and just generally regrets her initial acceptance. She goes to tell him that she’s not going on a date with him.

Kalon and Jackie: Kalon then invites Jackie to partake in some sloppy seconds. She declines the unique opportunity.

Kalon and Sarah: Kalon invites Sarah to go spelunking with him, but she has no interest in spending more time with the man who just called her and Jackie “sun lizards.” Plus, she has a connection with Robert and too much self-respect to take sloppy thirds.

Kalon and Kalon: Kalon finally found someone to go out with him on his date — himself! He interviews that “after three seasons [he’s] finally going out with someone he likes.” He talks about “diving into a tight Mexican hole” and fistbumps the only appropriate audience for that bon mots. Then, through some brilliant Bachelor editing magic he gives himself the rose, makes out with himself and then realizes that he’s found someone to spend the rest of his life with.

New Addition: Jesse, who was jilted by Bachelorette Jillian, arrives just in time to go on a date and get a rose. Much to Marquel’s dismay, he chose Jackie for the excursion.

Jesse and Jackie: While Jackie knows that Jesse has a reputation for being a player, she thinks “he seems nice.” They slow dance in a cave with some band who was sent to perform in a cave for the occasion.

AshLee and Zack: While Clare and AshLee are ostensibly friends, the second she thinks she’s off-camera, she reminds Zack that Clare was rumored to have had sex with Juan Pablo and tells him that he should date other people. Once she realizes it was on-camera, the drama really starts. She admits her mistake to some of the women, who roll their eyes at AshLee for thinking anything on Bachelor in Paradise is off-camera. Then Lacy tells Clare everything AshLee said, because that’s what this show is all about. Clare asks Zack about it and he makes a bad situation worse by telling Clare that he didn’t come here to get in stuck in some lady-fight.

AshLee and Clare: Clare calls AshLee out and tells her that at this point, they aren’t friends. AshLee spends the conversation backpedaling and apologizing and eventually crying to the camera that she works “really hard on [her] character,” with on camera being implied.

The Cocktail Party: Two men are going home tonight, so unattached men Marquel, Jesse and Cody all have some convincing to do. Marquel and Jesse angle for Jackie’s affections while Cody cozies up to Michelle, but Michelle has other things on her mind. She’s concerned that her BFF Graham doesn’t know the truth about AshLee, so she tells him. Graham gets himself a stiff drink.

The Rose Ceremony: Lacy gives her rose to Marcus, naturally. Clare hands her rose to Zack. AshLee calls Graham’s name and he goes to take a minute. Michelle goes after him to see what’s up …. And then the show cuts to black.

MORE: RECAP: Bachelor in Paradise Watch: Over the Rainbow and Like a Hurricane 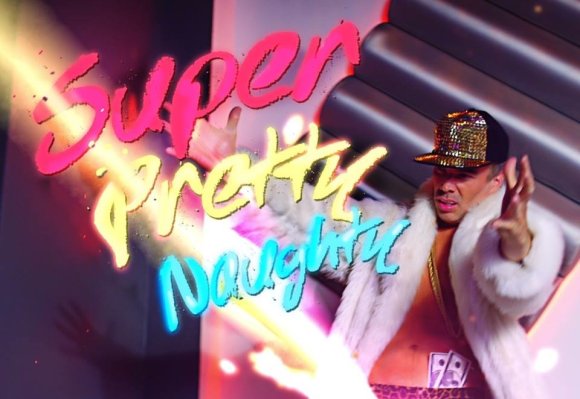 Hear a Rapper Combine Every Pop Music Trope Into One Oddly Poignant Song
Next Up: Editor's Pick