Jimmy Kimmel said what everyone was thinking during his Emmys monologue: we’re all sick of hearing Matthew McConaughey’s acceptance speech. “I mean alright, alright, alright already,” he said.

It’s true that it was strange to see McConaughey at the Emmys — what is he even doing on TV, anyway? He already won an Oscar this year. He doesn’t even own a television, as Kimmel pointed out: “I happen to know for a fact that he traded his television for a conch shell full of weed.”

Yes, McConaughey doesn’t look like he should be on TV; he has the face of a movie star. Kimmel asked the cameras to pan to a “television face” for comparison and picked out Ricky Gervais. “Not even really a television face — it’s a Netflix face.” Ouch. 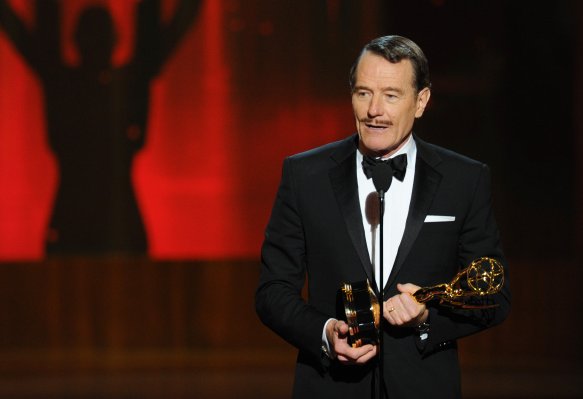 See All 2014 Emmy Winners Here
Next Up: Editor's Pick