A person walks by the Right 2 Dream Too homeless camp in Portland, Ore. on Oct. 4, 2013.
Don Ryan—AP
By Anita Hamilton

With an estimated 2,000 of its residents sleeping under bridges, on streets and in empty lots in a variety of makeshift shelters, the city of Portland, Oregon, is on a quest to provide more safe housing for those without a permanent address. Thinking beyond typical dorm-style shelters, it has launched a task force that will meet September 4th “to assess the viability of using tiny homes as a potential for housing houseless people,” says Josh Alpert, Director of Strategic Initiatives for Mayor Charlie Hales. Alpert hopes the first batch of homes will be ready for occupancy by late February 2015.

The mayor’s office began looking into the idea of micro homes in June after housing advocate Michael Withey presented an idea to the city council based on designs by architecture firm TechDwell. Alpert says he envisions a pilot program in which up to ten structures are erected on four separate city-owned lots. The idea is to establish the micro communities in various neighborhoods “so that no one area is feeling overburdened,” Alpert adds.

The tiny houses will be selected through a request-for-proposals process and will hinge on two key factors: cost and the ability to meet city and county building codes. Tim Cornell of TechDwell, who has already met with Alpert to discuss his prototype, says he can deliver micro homes that sleep two people and have bathrooms and kitchens built-in for $20,000 each. His FlexDwell prototype (shown at right) measures 16 feet wide and 12 feet deep and features a sloped ceiling that is 12-ft. high in front. Made of prefab materials available at Home Depot and Lowe’s, it includes two sleeping pods joined by a kitchen, bathroom and eating area. To save space, the bathroom shares a sink with the kitchen. “We could have them built on-site in 45 days” after an order is placed, Cornell says.

Because the tiny houses offer dwellers more privacy than big shelters, they may appeal to people who are reluctant to give up the sense of independence that comes from living on the street. The micro homes could also be cheaper than temporary emergency shelters, which cost up to $16,000 a year and lack plumbing.

“If there is a potential to get even one person off the streets, it’s worth trying,” says Alpert. “Simply having a roof over their head may enable them to springboard into finding a job.” 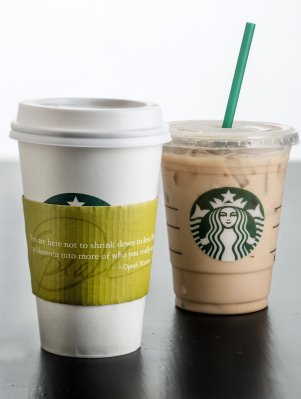 Hundreds of Strangers at This Starbucks Paid for Each Others' Coffee for a Day
Next Up: Editor's Pick