What It's Like to Be a U.S. Open Ballperson

Zach Rosenblatt works in investor relations at a hedge fund in New York City. Every summer, he spends his vacation days chasing after tennis balls.

But they’re not just any tennis balls — they’re balls that have bounced off the racquets of Roger Federer, Novak Djokovic, and Andre Agassi, just to name a few.

Rosenblatt, 28, is entering his 15th year as a U.S. Open ballperson.

He’s just one of hundreds of athletic young men and women who silently crouch on the edges of the courts, retrieving balls, handing players towels, and shielding them from the sun — with umbrellas — during changeovers.

It could be an unexpected missed ball that pegs you in the chest at 117 m.p.h., or Federer (a former ball boy himself) hitting a ball right at you just to test your reflexes — the range of stories, along with potential injuries, are endless.

But there are rewarding moments as well. Laray Fowler, 30, who’s been a ballperson for 16 years, was on the court the moment her favorite player, Kim Clijsters, won her first grand slam in 2005.

After the game, Clijsters found Fowler, who had been working for all her matches leading up to the final, and gave her a hug.

“We started crying a little bit,” Fowler says. “And I told her this was the best moment of my life, and it’s something I would never forget.”

Understandably, there are also stories that ballpersons would rather not repeat to the press about some not-so-nice players. But the general consensus seems to be that the perks make the job well worth it. Says veteran ballperson Nathan Hollins: “It’s just probably the best seat in the house.” 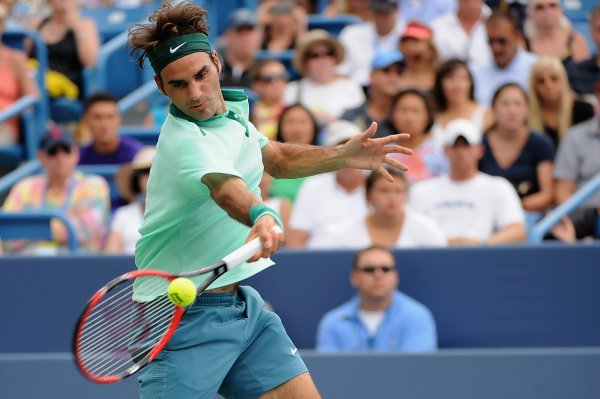